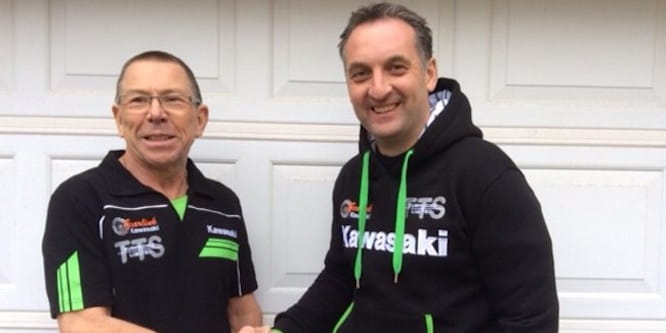 Michael Rutter will return to the British Superbike championship for the second round of the series at Brands Hatch this weekend.

The veteran had been sidelined this year after being unable to secure a ride, but Joe Burns’ departure from Gearlink Kawasaki has freed up a seat for the 28-time race winner.

“It feels good to be back this weekend, especially after being at Donington Park and not racing,” Rutter said. “I have raced in the championship for so long that it felt terrible not to be out at the first round. I waited and then the opportunity came up with Gearlink and we know it is going to be hard work, but hopefully together we can move forward.

“I have my experiences from previous seasons that I hope will help – we are a small team but we want to move forward. I am a bit nervous I guess as I haven’t even ridden the bike yet and everyone else has testing and a round under their belts, but I am looking forward to being back out there.”

Despite being frontrunners in the supersport championship, the Gearlink team has experienced a multitude of problems since entering the superbike class last season. They’re hoping they can make a step forward with a rider of Rutter’s calibre on board.

The second round of the 2015 British Superbike Championship kicks off at Brands Hatch this weekend.