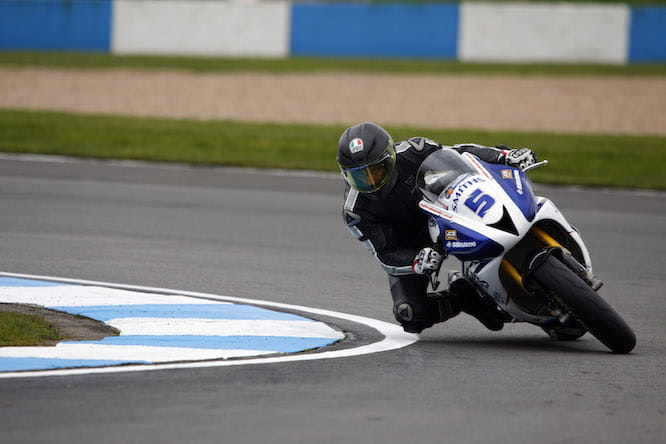 Guy Martin will return to the British Supersport championship at Oulton Park as he continues his preparation for the 2015 Isle of Man TT Supersport races with Smiths’ Triumph.

The racer turned TV star got his first taste of the Triumph Daytona 675 at Donington Park earlier this month and despite the huge crowds surrounding the team’s truck, the Grimsby-born rider will return for the third round of the series at the Cheshire circuit in just under two weeks’ time.

Martin narrowly missed out on a points finish at Donington, but has said he isn’t racing to chase results with his mind firmly set on familiarising himself with the bike he’ll ride in this year’s two Supersport TT races.

After Gary Johnson stormed to victory on the Smiths 675 last year, many pundits are tipping this to be one of Martin’s best shots at a TT victory yet and with the time he’s spent on the bike already, they might not be far wrong.