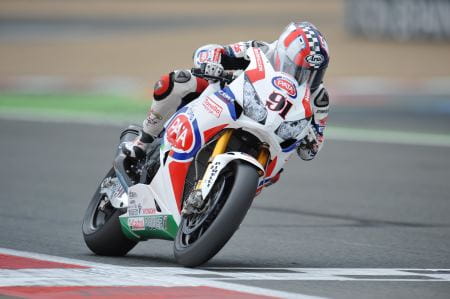 Leon Haslam is undoubtedly one of the best British racers in the last decade to have missed out on the British Superbike title. When he moved up to the World Championship in 2009 it wasn’t too much of a surprise to see the Derbyshire rider bagging strong results on the privateer Stiggy Honda.

It also wasn't a surprise he took two wins and three second places in his first five races on the Alstare Suzuki in 2010 to elevate himself into immediate championship contention. It’s widely believed Haslam was robbed of the 2010 title with Suzuki withdrawing support for the team, leaving the Brit struggling to get into the top five towards the latter end of the season.

Despite hailing from the one of the greatest racing families in British bike racing history, and inheriting his father's sideburn style, luck has never really been on Haslam’s side. He signed for BMW in 2011 and was plagued with issues from BMW’s Bosch electronics, finishing fifth in the championship taking only three podiums.

Remaining faithful to BMW, he re-signed for the 2012 season as the German squad ditched their own ECU in favour of Magnetti Marelli and in doing so, they turned the S 1000 RR into a proven front runner. 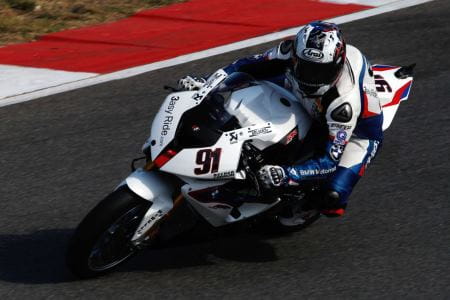 However, with team mate Marco Melandri challenging for the championship, Haslam struggled to get a look-in. He was robbed of  his first victory on the BMW at Donington Park on his home track as Melandri barged up the inside of him at Goddards on the last lap. The move pushed both riders wide and left enough room for Jonathan Rea to slip inside, resulting in both Haslam and Melandri crashing out.
It came as no surprise when Haslam switched manufacturer for the 2013 season and made a move to Ten Kate Honda.

Joining the already struggling Ten Kate Honda outfit, Haslam got off to a tough start. Sadly things got much worse for the Brit when he fell in practice at Assen resulting in a broken leg which ruled him out for eight races, despite a number of attempted returns. To say Haslam’s best finish in 2013 was seventh place is not representative of the talent he has or the potential that many in the paddock think he still has to show.

Undoubtedly he has what it takes to run at the front, as he has shown on the Stiggy Honda and Alstare Suzuki. But Haslam now faces the tough challenge of regaining confidence, and all that after a few tough years coupled with a bike that simply has not been competitive.

Honda say they’ve been working hard over the winter on the CBR1000RR Fireblade and lap times haven’t been too shabby, but it remains to be seen if the bike can keep up with the Aprilia and Kawasaki.

Our sources inside the team say that the traction control issues and set-up that have been eluding the team are now fixed. Everything needs to fit together for Haslam this season, if it does he could be a true contender, if it doesn’t then a return to Britain and British Superbikes could well be on the cards.