World Supersport Mid-Season Round Up: van der Mark on top as Sofouglu struggles 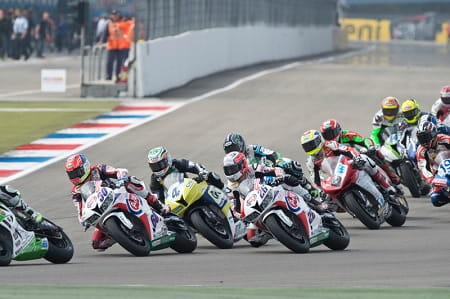 Last year, there was huge British interest in the class as the ever-likable Sam Lowes fought his way, tooth and nail, to clinch the title from the ever-unpopular (in the UK at least) Kenan Sofuoglu. There’s a fast Brit in the class this year too; Scotland’s Kev Coghlan, who currently sits fifth in the championship on the DMC Yamaha, however the headlines have been focused on the rise of a flying Dutchman, Michael van der Mark.

At the mid-way point in the season (as the Supersport class doesn’t visit Laguna Seca), van der Mark leads the championship by an impressive thirty three points. With the exception of a crash at Phillip Island, the PATA Honda man has finished no lower than second so far this year, with three wins to his name.

van der Mark impressed in 2013 as he took second in his debut Supersport race, followed up with a strong season to finish fourth overall in the championship, however the Dutchman shot into the record books as he took victory alongside team-mate Leon Haslam in the prestigious Suzuka 8hr race, becoming the youngest winner in the history of the event at just twenty years old.

Tipped for big things in the future, van der Mark is without a doubt the favourite to take the Supersport title this year, but it won’t be without a fight. 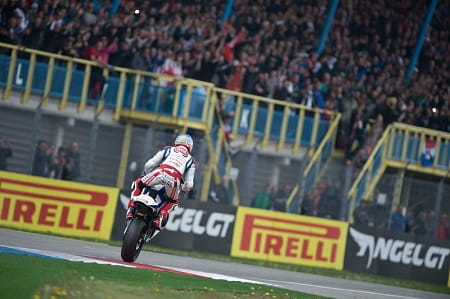 Leading the chase of the Dutchman’s tail is Frenchman, Jules Cluzel, who moved back down to the Supersport class after a challenging year with Crescent Suzuki in World Superbike last year. Powering MV Agusta to a historic victory in the opening round, Cluzel has only missed out on the podium in two of the six races so far. Whether he’ll be a bit shaken by the team around him changing, as MV Agusta boot out the Russian, Yakhnich squad for Misano, remains to be seen, but he’s without a doubt the reason van der Mark cannot rest on his laurels.

In 2013, the title fighters, Sam Lowes and Kenan Sofuoglu, were in a class of their own and with Lowes departing the series for Moto2 this year, many expected World Supersport to return to the days in which Sofouglu dominated, in which he bagged an incredible three titles.  However, Sofouglu is struggling this year and it’s through no fault of his own.

He has the pace, he’s shown that by taking victory at Aragon and third place in Sepang but what Sofuoglu doesn’t have on his side this year is a strong motorcycle. Suffering one technical issue after another, Sofouglu has struggled to make an impact on the championship, sitting just sixth in the tstandings some 61 points behind van der Mark at the half-way point. It wouldn’t be fair to rule him out as a contender altogether, but it’s without a doubt beginning to look that way.

Florian Marino sits third in the championship on the Intermoto Kawasaki. There have been no wins for the Frenchmen and just three podiums, but when he’s not been on the box he’s been fourth and fifth so it’s his consistency holding him up. A DNF in Sepang pushed him down the standings, but it’s still within his grasps.

The PATA Honda team is enjoying a good year in the Supersport class, not just with championship leader Michael van der Mark but also their second rider, Lorenzo Zanetti. The Italian currently sits fourth in the title chase with a best result of first at his home race in Imola. If van der Mark is Honda’s Supersport version of Marquez, Zanetti’s sure doing a good job as Pedrosa.

Equal on points with Zanetti is Scotland’s Kev Coghlan, who has by all means impressed on the DMC Yamaha this season. Scrapping for victory first time out, Coghlan had to settle for an impressive second place before going on to take pole for the second round at Aragon. Two DNFs mean he’s further down in the title fight than he probably should be, but he’s certainly a promise for the future.

The seventh round of the World Supersport season is currently underway in Misano, after which just five races will remain. Will Cluzel or Marino put up a fight or will van der Mark run away with the title? It’ll be worth a watch, that’s for sure.