Leon Haslam has said his main priority is to stay in the Superbike World Championship for 2015 despite a tough few years in the series since finishing second to Max Biaggi in the 2010 title fight.

Rumours had suggested the Brit could be destined for a return to the British Superbike championship but the Derbyshire-based rider has told Bike Social he’s had offers from teams in World Superbikes, which is where he wants to be.

“My priority is to stay within World Superbikes and become World Champion” said Haslam speaking to Bike Social. “I don’t feel the guys at the front are doing much different to us it’s just all about the package, as it always is in racing. I think the good thing about World Superbikes is that there are a lot of manufacturers that can win. I would love to stay with Honda, it’s in my blood but we’re going to have to wait and see. I know Jonathan is keen to move to MotoGP and there’s talk of Michael [van der Mark] moving up but I have had interest from other teams. Hopefully over the next month everything will start to sort itself out.” 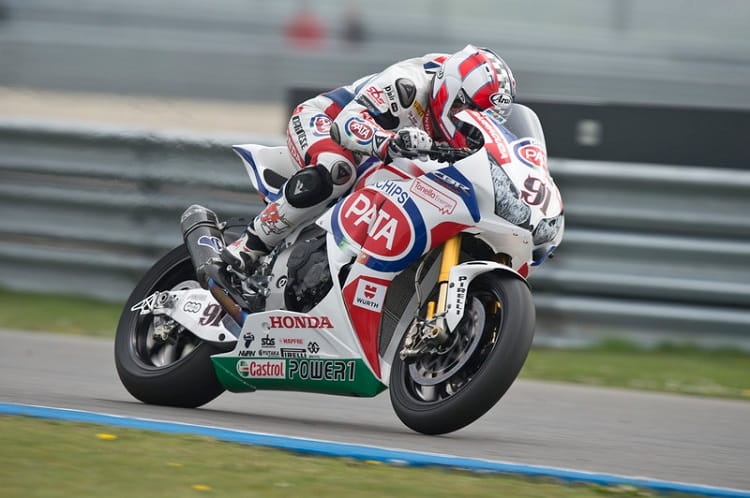 Having finished no higher than fifth since 2012, Haslam acknowledges his recent results in the World Series are a stumbling block when it comes to negotiations.

“It’s difficult” Haslam continued. “My last two seasons have been absolutely terrible in terms of results. We’ve come from finishing second in the world and having the pick of the teams to having three really bad seasons with two and a half broken legs! It’s not been ideal for my confidence but I do feel I’m riding well again and luckily I’ve already had some interest from teams in World Superbikes. There is a lot changing in the championship with the rules so we need to figure out what that’s going to mean and which bikes will suit the new regulations. The priority for me is to start enjoying my riding again so I can fight for the top steps rather than coming into the pits frustrated and angry all the time.”

After a couple of mediocre years with BMW, often second best to team-mate Melandri in 2012, Haslam moved to PATA Honda for 2013 but a broken leg at Assen made things difficult. Entering his second season with the ten Kate squad fully fit for 2014, results have improved for the Brit but he’s still struggling to find the pace to bag a decent result.

“I’m not enjoying riding the bike at the minute” Haslam explained. “We seem to be having a lot of little problems that aren’t necessarily anybody’s fault. It’s happening at every round and I don’t feel confident or happy when I come off the bike. It’s something that I have been struggling with for a while and Jonathan has struggled at certain rounds as well. The best word to describe it is frustrating. I feel like I’m riding well over the weekend, at least as quick as Jonathan and sometimes even quicker but come race day there is always some kind of excuse and it’s not worked as it should. The last three or four rounds we should have been challenging for the top five but those little issues prevented that and it’s been quite frustrating.” 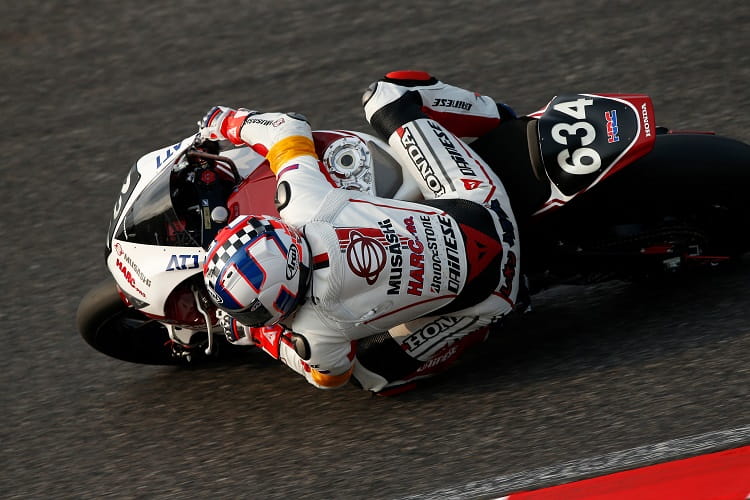 Last weekend Haslam bagged his second victory in a row at the prestigious Suzuka 8hr becoming the only Brit to have won it twice and putting himself in a better position for securing a ride on the world stage for 2015. He says it’s good

“Last year was obviously tough with a broken leg so winning Suzuka was the only highlight of my year. With this year not going to plan from a World Superbike perspective, it’s great to go out to Suzuka and win again with the same guys as last year. In all honesty this year was difficult as I didn’t do any testing before the race, we just went straight into it without time to adapt to the new bike and tyres so getting up to speed was quite tough but in the race it was all good!

“The only thing that went wrong was when I was doing the stint in the wet with slick tyres and I was hanging off in quite an exaggerated style to keep the bike upright and I caught my knee on the astroturf and ruptured a muscle so now it looks like I have a huge love-bite on the inside of my leg!”