World Superbike returns to Misano with Sykes on top 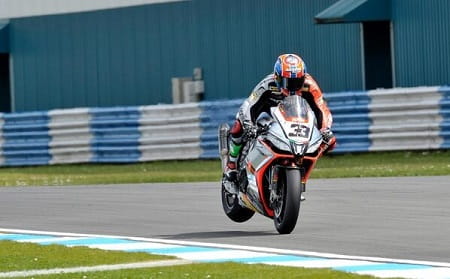 Last time out in San Marino, Max Biaggi stormed to a dominant double on the Aprilia RSV4, kick-starting his 2012 title challenge. Biaggi is no longer around in the series, but the Aprilia team is still going strong after a second placed finish in the championship last year. The Noale factory enjoyed their best results of the season in the last round at Sepang, where Marco Melandri doubled up, taking his first wins of the season.

Should the former BMW rider carry his form to Misano, he could well be a force to be reckoned with as he attempts to ignite his title challenge after a slow start to the season. His team mate, Sylvain Guintoli has been on form all season and has a tally of decent results from the Adriactic coast, a good weekend in Misano could help him claw in Tom Sykes’ title lead.

Sykes himself has never been on the podium at Misano but he did take his first career pole at the circuit back in 2011. He was also on pole in 2012 but could only manage a best finish of fourth place. After being punted off by his team-mate in Misano, Sykes will be keen to bring home some decent points to maintain his championship lead, which currently sits at thirteen points after the Malaysian round. 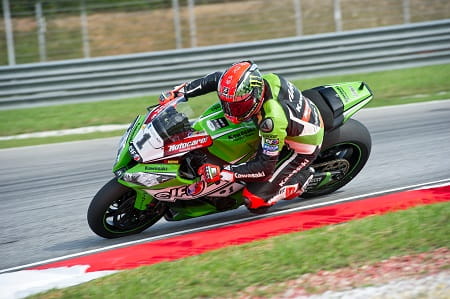 PATA Honda’s Jonathan Rea currently sits third in the championship and he’ll be looking for a better weekend in Misano than he had in Malaysia, with his CBR1000R losing out to the faster bikes on the long straights. Rea took his first ever World Superbike victory at Misano back in 2009 for the same team in which he rides now.

Traditionally Misano has treated the twin-cylinder Ducatis well and the Borgo Panigale factory has been on the up this year. The venue for the manufacturer’s World Ducati Week in the days after, Ducati’s riders of Chaz Davies and Davide Giugliano could be on for strong results on home soil. Giugliano led the first race back in 2012 before succumbing to Max Biaggi, Carlos Checa and Marco Melandri and was well embroiled in the battle for third in the second battle. Could he be the one to take Ducati’s first victory in over two years?

Crescent Suzuki’s Alex Lowes will be relieved to be heading to a circuit he actually knows, the Lincolnshire youngster competed in the European Superstock race at Misano back in 2009 so will at least have a basic knowledge of which way to go! Lowes has already shown his potential this season with podiums at Assen and Donington and he’ll be keen to be back on the box after a tough weekend in Malaysia. It’s the same case for his team mate, Eugene Laverty, who has had what can only be described as a rollercoaster season. Taking victory in the opening round at Misano, Laverty hasn’t had much luck since, although did bag a podium last time out in Malaysia.

Sylvain Barrier will be back in action this weekend on the BMW Motorrad Italia bike. The Frenchman was due to make his EVO debut in the championship at Phillip Island but a crash in qualifying ruled him out of that one. Ahead of the second round at Aragon, Barrier was involved in a serious road traffic incident, leaving him on the sidelines for the following five rounds. This does mean Britain’s Leon Camier will not be riding this weekend.

With the weather forecast looking good we should be in for two dry races come Sunday morning, with the first race kicking off at 09:30 BST and the second at 12:10.