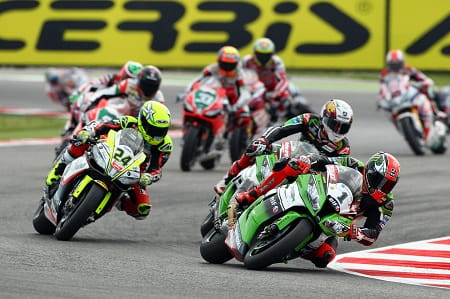 We’re now well into the second half of the 2014 Superbike World Championship and once again it’s looking good for the Brits with Yorkshireman Tom Sykes on top of the standings by a considerable margin of 44 points over Sylvain Guintoli in second and a clear favourite to retain the title he won last year.

Sykes has done what he needed to in many of the rounds so far this season, often riding for strong points when he knows he cannot win and then dealing numerous double victories of the kind that saw him unbeatable in 2013. Sykes has taken an impressive three double victories this season and is beginning to etch his name into World Superbike history. 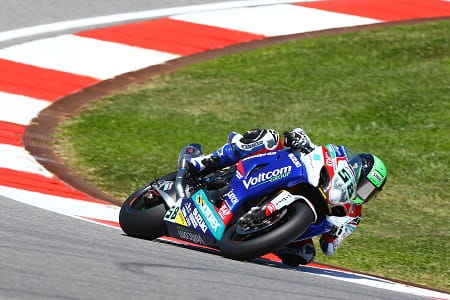 It’s not all gone the Yorkshireman’s way though, with four other race winners so far this season. Eugene Laverty opened his 2014 account with victory at Phillip Island although struggling since; he’s well out of the title fight down in ninth in the standings.

With Sykes already having a mammoth lead at this stage, it’s hard to see how anyone in the chasing pack can catch him without serious drama. Guintoli’s ability to be consistent has seen him closest to Sykes throughout the season but as was seen with the Frenchman in 2013, he’s struggled to make the extra step to be able to consistently win races this season. Nevertheless he’s always there should Sykes slip up.

Loris Baz has had an impressive season in the shadow of his team mate. He’s the only rider in the top six of the championship standings not to have won a race this season and it’s surely only a matter of time before he does. Now we’re heading towards the end of the season, with just four rounds remaining, it will be interesting to see whether team orders come into effect in Kawasaki. There’s no love lost between Baz and Sykes after the Frenchman punted the Brit off in Sepang but if Loris wants to keep his job, he could be a handy tool for Sykes’ championship. 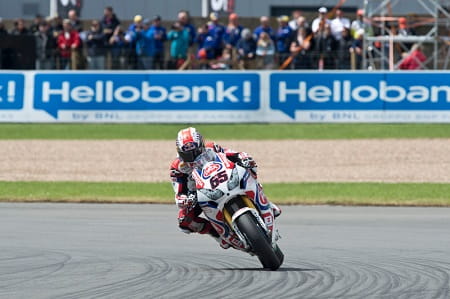 Jonathan Rea has been the revelation of 2014, enjoying his most successful World Superbike season to date. The Ulsterman sits behind Sykes in the 2014 race win tally with four victories although despite a strong period from Aragon to Donington, Rea struggled in the mid-season until his wet race victory in Portimao.

Sykes’ dominance is nothing compared to Marquez’ dominance in MotoGP, there is an actual chance he could be beaten by one of the three riders chasing him but it’s not all that big. A world title for the Huddersfield man would make him the third Brit to win two or more World Superbike titles after Carl Fogarty and James Toseland and the first rider to win back-to-back titles since Fogarty in the Nineties.

Sykes will be keen to build as much of a points’ gap before reaching the final two rounds at Welkom and Losail, two circuits he’s never ridden before whereas his main rivals have.