Sykes on top as World Superbikes heads to Assen 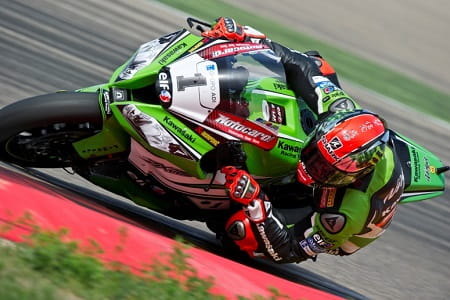 The World Superbike Championship rolls into the Cathedral of Speed this weekend for the third round of the championship. Tom Sykes leads the way in the standings after a strong weekend at Phillip Island followed by a superb double victory at Aragon two weeks ago.

Sykes’ season kick-started itself at Assen last year with the Huddersfield man bagging first and second place to continue a run of eight races. Sykes is by far the favourite heading into the weekend’s races but with World Superbikes you never know who might challenge. Loris Baz gave Sykes a good run for his money in the second race at Aragon, could the young Frenchman finally beat his team mate this time around?

A podium finish for Jonathan Rea in Aragon is hugely reassuring for the PATA Honda team, with Rea struggling in 2013. With the Assen circuit just minutes away from Ten Kate’s workshops, it’s a circuit at which Rea has excelled in the past. If there’s anywhere where the Northern Irishman can take the challenge to Sykes, it will be the Dutch venue.

Eugene Laverty took his second win of the season at Assen last year, a feat he’ll be looking to repeat this time around with Paul Denning’s Crescent Suzuki outfit. The Irishman had a tough weekend at Aragon finishing the two races in fifth and sixth respectively. If he’s to challenge Sykes for the title as he did in 2013, he’ll be looking for two strong results at Assen. His team mate, Alex Lowes will also be looking to make progress at the first circuit he’s already ridden. Lowes stormed to victory at the Dutch circuit in British Superbikes last year and would have made the double had he not been disqualified from the second race. The youngster may have had a challenging start to the season but don’t be surprised to see the youngster running at the front. 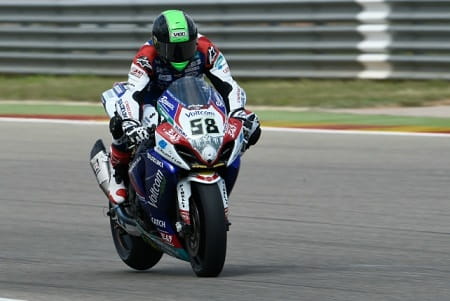 With Ducati looking stronger than they have in a while, it could be their time to shine at a circuit traditionally favourable to the Italian marque. Neither Davies nor Giugliano set the world on fire at the venue last year though.

Aprilia’s pairing of Marco Melandri and Sylvain Guintoli will be looking to make a charge in the third round having not performed as well as expected in the opening rounds, despite Guintoli taking two podiums at Phillip Island.

David Salom leads the EVO standings from Niccolo Canepa, but Leon Camier will be looking to close in on his second round aboard the BMW S 1000 RR.