Sykes & Guintoli set to go head to head in Qatar 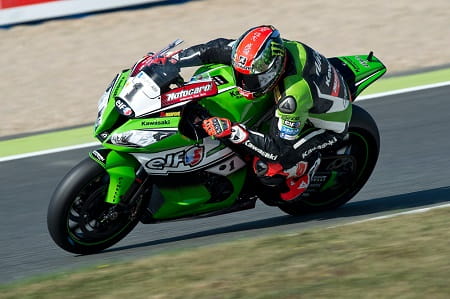 The 2014 World Superbike Championship comes to a conclusion this weekend in the Qatari desert and with just twelve points separating championship contenders Tom Sykes and Sylvain Guintoli, the battle is on for the coveted crown.

At the start of the season, Sykes was a clear favourite to clinch a second consecutive title but a spurt of late season form from Sylvain Guintoli has kept the title fight alive. Thanks to a little bit of team orders last time out at Magny Cours, toppling Sykes in the final round is an assailable goal for the Frenchman.

On race wins, Sykes is a clear victor having won eight races to Guintoli’s three but the Frenchman has taken an impressive eight second places meaning both riders have stood upon the podium a total of 14 times this season.

Guintoli hasn’t been the man to beat in the past few races, that’s been his team mate Marco Melandri, but he hasn’t finished lower than second since race two in Portimao back in July. Sykes on the other hand has only finished on the podium in three out of the six races since the same point. 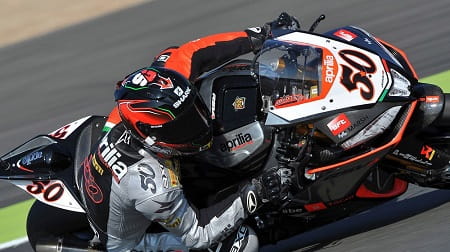 Both riders have experience of the Losail circuit, Guintoli raced there numerous times in his Grand Prix days while Sykes took to the circuit just once in 2009, the last time World Superbikes visited Doha.

In terms of machinery, we’ve seen this season and last that the ZX10-R and RSV4 are pretty evenly matched. That being said, the Aprilia has had the edge at some of the Grand Prix circuits visited by World Superbike this season, including Sepang and Jerez.

Guintoli on the other hand merely needs to finish ahead of Sykes to keep the title alive until the second race, where they can then battle it out. The Frenchman needs to be setting out for victory however, a win in the first race would reduce Sykes’ lead to a maximum of seven point. Whatever the result in race one on Sunday, it will be pivotal for the championship. Bring it on.