Positve mood for Rea after best ever season start 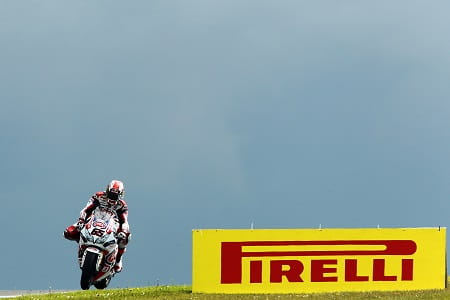 Jonathan Rea has that he and PATA Honda team are in a positive mood after their strongest start ever to a World Superbike campaign. Having taken five successive podiums and three wins so far this season, Rea leads the championship from 2013 victor Tom Sykes and the Ulsterman is keen to continue his momentum at his home round at Donington Park.

After the first four rounds last year Rea had accrued a mere 71 points. This time round the PATA Honda rider has tallied almost double that and if he bags a total of thirty-seven points this season he will surpass the amount of points he scored across the entire 2013 season.

“It’s a nice way to start the year, we’ve only had four races but it’s a good way to start and I think everybody is in a positive mood!” Rea told Bike Social at Donington Park on Thursday. 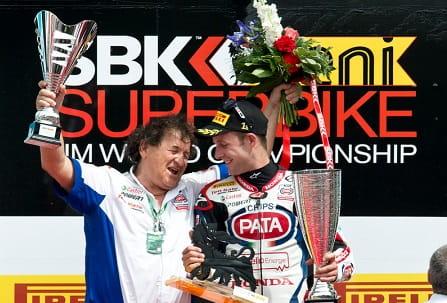 “Mid-season there are some circuits that we’ve always been good at and by trends for some reason, I always seem to finish the year better than I start so to lead the championship this early has surprised us a little bit but it hasn’t changed anything to our approach. We’re coming to each weekend like normal and try and maximise the points.”

The base for Rea’s 2014 race bike is the all new Honda Fireblade SP, a bike he says is much more refined than the previous blade. In terms of improvements with the race bike, Rea reckons the key to the team’s early success is new electronics software and a packed winter testing schedule.

“We tested a lot more than we’ve ever done, traditionally there have been a few other teams who would test a lot more than others and this year unlike previous years we were one of those teams. The team were 100% behind making the bike better and we’re achieving our goals so it’s a win win for everybody!

“The new Fireblade SP is a much more refined bike than we’ve had previously. On our race bike we’ve got new electronics software which has taken a lot of time to dial in, so we recruited a test rider during the winter to do a lot of mileage work. It’s a lot better than last season already but I think we have the potential to make it even better!”.

After a double victory in Imola, Rea heads into this weekend’s Donington Park event on a high. The Ulsterman has performed well at the circuit in the past, taking victory in 2012 as Marco Melandri and Leon Haslam crashed out on the final corner. 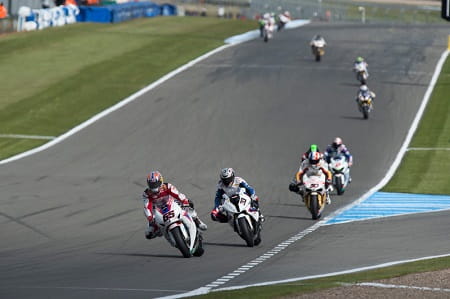 “I really enjoy Donington, it’s one of those circuits where the harder you push the slower you go! You have to be relaxed and let the bike do the work round here. The last section is very stop-start so it’s a track of two halves really, so it’s a compromise of bike set-up but I enjoy that side of it, trying to get the best out of the bike over the weekend and hopefully we’ll have done our homework over the weekend!

We’ll be aiming for the podium this weekend, there’s no point getting carried away this is a World championship and there are so many fast guys out there so we’ll just need to see how we get through practice and hopefully the bike will be working good. As usual, we’ll aim for the best grid position we can but then main thing is to have a bike that I can race at the front comfortably on Sunday, then who knows what could happen!”

The biggest problem riders face this weekend is a questionable weather forecast. It’s been dry so far for Friday practice but rain is forecast for all three days. With it being quite warm in the UK this can mean some parts of the track dry quickly, leaving the worst possible combination for riding motorcycles in anger – mixed conditions! Rea isn’t one to let the weather bother him though; he stormed to victory at Silverstone last year in tricky conditions and has already shown this season he can be competitive in the wet with his victory in race two at Assen. 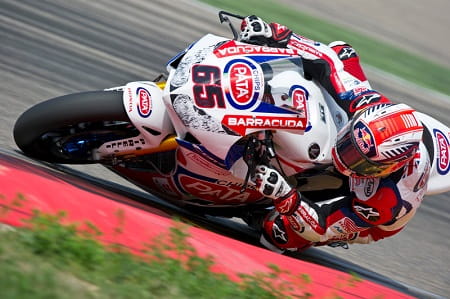 “The weather is only a big concern when it’s half/half conditions but also the regulations now mean we have flag to flag races with pit stops, which makes it a lot more exciting for both the rider and spectators. I prefer it dry all day long, especially at a circuit like Donington, with the airport being so close there is a lot of aviation fuel in the air and it makes this track a lot more slippery than others. I’m hoping for dry weather but if it’s wet we have a great wet set-up with the bike so come what may.”

Rea missed the end of last season after breaking his femur in a horrific crash racing at the Nurburgring. Not having ridden a bike for a couple of months, Rea was grateful for the extra testing time meaning he’s been feeling good for the first part of the season.

“I’d say I am fully fit now. I recovered so well after my broken femur. I work with a great team of guys in the UK, namely Dan Roberts, and they got me back together pretty quickly! When I started riding the bike I was 100% fit and with all the winder testing I’m in as great a shape as I’ve ever been in!”