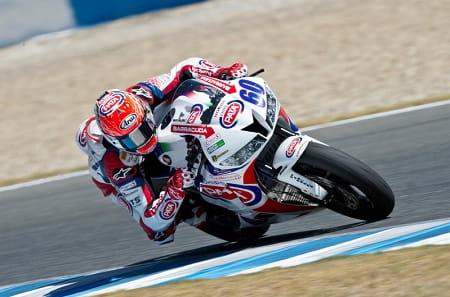 A raging race long battle between five riders saw the Dutchman’s only championship rival, Jules Cluzel, crash out of the lead on the penultimate lap leaving him to take victory ahead of PJ Jacobsen and Florian Marino.

van der Mark has won five races this season finishing on the podium in eight out of nine races and with an enormous 79 point lead, the Dutchman cannot be overtaken with just two races remaining.

Becoming the first Dutchman to win a solo class motorcycle racing world championship in over forty years, it is expected van der Mark will move into Jonathan Rea’s Honda World Superbike seat next season with the Ulsterman heading to Kawasaki.