Lowes looking forward to taking on the world 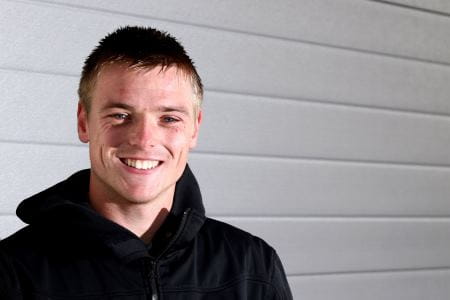 In 2013, Alex Lowes became the youngest ever rider to win the British Superbike championship, now he’s just a month away from making his full-time  debut in World Superbikes at the age of twenty-three with Paul Denning’s Crescent Suzuki outfit.

As a clear title-fighter from the off in the British Superbike series last year, there had been much speculation about where Lowes would end up for 2014; with many rumours placing him with Paul Bird’s CRT squad in MotoGP ahead of the revelation that he’d be riding in World Superbikes.

“2013 went really well for me and it’s always been a goal of mine to ride in a world championship. I was looking to move on so when the opportunity came to join Suzuki I grabbed it with both hands” Lowes said, speaking to Bike Social ahead of tomorrow’s test in Spain.

“I was also in talks to go to MotoGP on the CRT bike but I think everything fell in to place quite well with Suzuki and I can’t wait to get started. The CRT ride would have been good but the competitiveness of MotoGP is a completely different story! I think the Suzuki can be strong and run at the front of World Superbikes and that appealed to me.”

Despite only recently being confirmed with the Voltcom Suzuki team, Lowes had a couple of outings on the GSXR-1000 towards the end of last year ahead of the winter test ban.

“I really liked the Suzuki when I rode it at Jerez. I’ve never been there before and the track was awesome, I really enjoyed it. The team are great too; they’re all English which is an added benefit when moving to world level.”

The bike was good, there are a few rule changes I need to get used to from British Superbike but in many ways the GSX-R1000 is not too dissimilar to the Honda. It was a good test and hopefully we can make some further improvements over the next couple of weeks to move forward to the first race. I need to work hard in Spain to improve both myself and the bike to hopefully be somewhere near when we arrive at Phillip Island.” 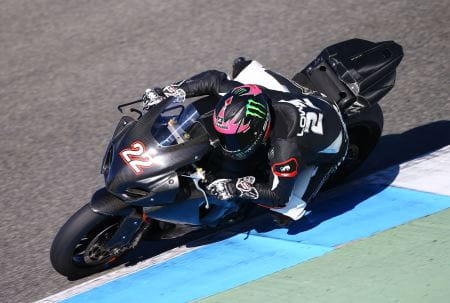 Lining up alongside Lowes is 2013 runner-up Eugene Laverty, who was ousted from the factory Aprilia squad to make room for Marco Melandri despite winning nine-races for the Italian manufacturer last season. Lowes admits he’ll have his work cut out in beating such an experienced team mate.

“I just want to do my best at the start of the season although I’ve got a great benchmark and someone to aim at in my team mate, Eugene Laverty. He’s just finished second in the world so it won’t be easy and I’ve got the tracks to learn! I’d like to be as close to the front as I can and if everything goes well we shouldn’t be too far off fighting for podiums but my first target is to get as close to Eugene as I can.”

He won’t just have to focus on his team mate either, the World Superbike championship is fiercely competitive but Lowes is under no illusions it’ll be an easy task.

“Melandri and Guintoli on the Aprilia and Tom Sykes (the World Champion) are going to be the three guys to beat next year. Loris Baz is improving a lot and after them there are so many other guys that have a lot of experience at world level and are really fast. I’ve never raced against the majority of the field so I’m just looking forward to getting out there and giving it my best.”

While Alex may not have ridden many of the circuits, his brother - World Supersport Champion, Sam Lowes – has and is keen to help his twin learn. The championship visits some of the world’s most famous race tracks and Lowes is keen to get started with the challenge.

“My brother has obviously ridden all of the circuits apart from Laguna Seca so we’ve been talking about them a lot. Phillip Island is one of his favourite tracks and from what he’s told me I’m sure it’s going to be one of mine as well. It’s the first track we go to so it’s one I’ve been looking forward to most!”

All the tracks we go to are going to be a lot different to what I’m used to but they should be fantastic. Jerez was great and I’m looking forward to learning them all, challenging myself and improving as much as I can.  I’ve had a good winter over in Australia; I feel chilled out and can’t wait to get started.”

Winter testing resumes for Lowes tomorrow (Thursday) as Crescent Suzuki join the Kawasaki team at Almeria where they’ll remain for two days before moving on to Portimao. The 2014 World Superbike season begins on 21st February at Phillip Island Circuit, Australia.