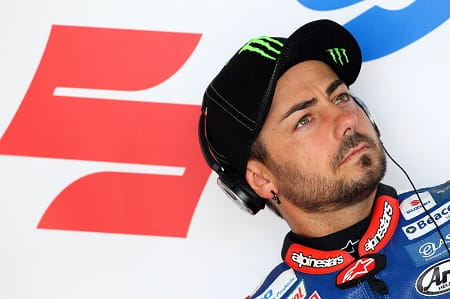 After taking a year out in 2013, Hopkins had hoped to reignite his racing career in Britain last year with the Tyco Suzuki team. However, things didn’t go to plan for the Anglo-American who only managed to finish within the top five once across the entire season.

Despite this, it is believed the former Suzuki GP man will continue racing next year with sources claiming a move back to the world stage is on the cards. He last competed in the Superbike World Championship with Paul Denning’s Crescent Suzuki team in 2011 but an injury blighted campaign saw him finish 19th overall.

According to Bike Social sources, Hopkins has declined options to continue racing in Britain after penning a deal with an unknown World Superbike team.

After losing his ride in MotoGP through the withdrawal of Kawasaki in 2008, Hopkins moved to Superbikes for the first time with Johan Stigefelt’s Stiggy Honda squad but a dislocated hip suffered in his second round ruled him out of most of the year’s action.

He took a year to recover in 2010 before making his British Superbike debut the following year with the Samsung Crescent Suzuki team, famously losing out on the title to Tommy Hill by just 0.006 seconds in the final round at Brands Hatch.

Another injury-blighted World Superbike season in 2012 saw Hopkins take another season out before returning to Britain in 2014.