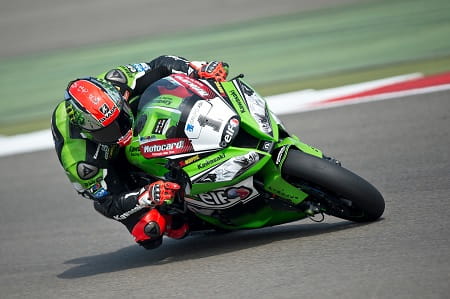 The Superbike World Championship rides into Imola this weekend for the fourth round of the series and despite leaving the Dutch round without a victory, World Champion Tom Sykes leads the standings by twelve points.

Rivals of the Yorkshireman may be a tad concerned heading into the next couple of rounds, held at two circuits Sykes dominated at last year - Imola and Donington Park - storming to pole position and both race victories in each event.

Imola has been brought forward on this year’s calendar to take the spot originally held by Monza and while this has led to some concerns regarding weather, the forecast looks pretty good so should be a welcome change from Assen two weeks ago. 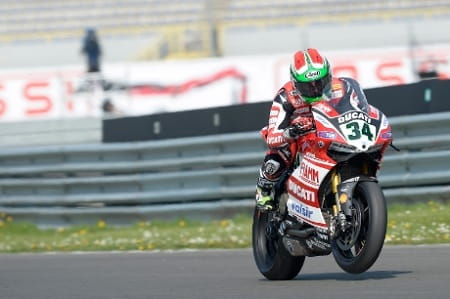 Local hero, Davide Giugliano came into his own at Imola last year – leading the first race for quite some time and showing strong form before a fall in the second – and will be looking to use his home advantage to take Ducati back to the top. Having scored Ducati’s first podium of the season at Assen, the Italian will be looking to continue momentum to show Ducati can still fight at the front, especially at a circuit which has traditionally favoured the V-twin machines.

Also enjoying a strong weekend at Imola last year was Jonathan Rea, who took second in the second race. Having had a much stronger start to 2014, lying fourth in the championship after two podiums and a victory Rea will be keen to progress with Honda’s CBR1000RR Fireblade.

Sylvain Guintoli will be hoping for a better weekend at Aprilia’s home track this year, the Frenchman’s RSV4 blew up spectacularly in the first race although he did salvage a podium in the second. Having already doubled his 2013 win-count, Guintoli will be keen to get more points on the table. 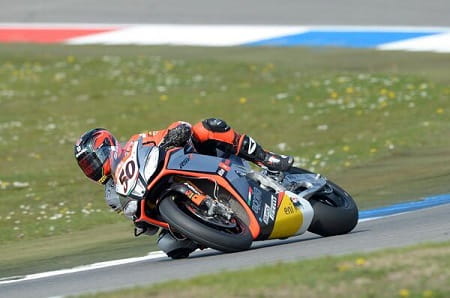 Three points back from Guintoli in the championship fight is fellow Frenchman Loris Baz. Team mate to championship leader, Baz knows he’s got his work cut out but after three second places so far this season he’ll be keen to bag his first win.

With three no-scores so far this season, Crescent Suzuki’s Eugene Laverty will be hoping to get his 2014 campaign back on track at Imola. Like his former Aprilia team-mate, it was mixed fortunes for Laverty at the circuit last year as he took third in race one but suffered a technical failure in the second outing.

After achieving his debut World Superbike podium last time out in Assen, Alex Lowes will be keen to make an impression after a crash-filled start to the season. Can the British Superbike Champion get things back on track at Imola?