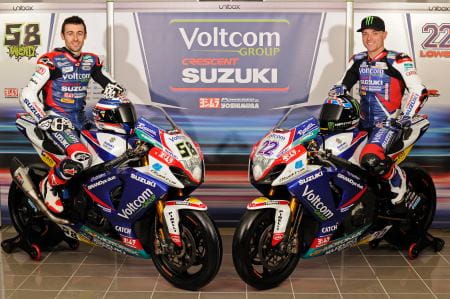 Voltcom Crescent Suzuki has unveiled the machines on which Eugene Laverty and Alex Lowes will compete in this year's World Superbike Championship.

The Dorset-based outfit boasts one of the strongest line-ups in the series, fielding 2013 World Superbike runner up Laverty alongside the youngest ever British Superbike Champion, Alex Lowes.

Pre-season testing has gone well so far, with the pair topping the timesheets at Portimao two weeks ago. The 2014 livery was unveiled at a public team launch at the squad's Verwood headquarters this evening.

Following the launch, the GSX-R1000s will be packed away and shipped to Australia ready for the first round of the championship in Phillip Island, now just over two weeks away. 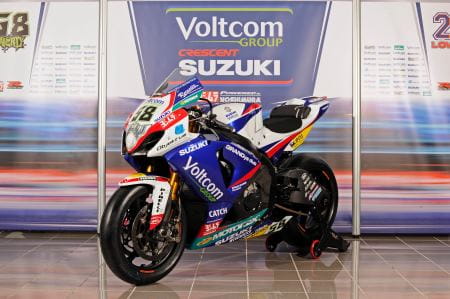