Rider movement in WSBK soon to kick off 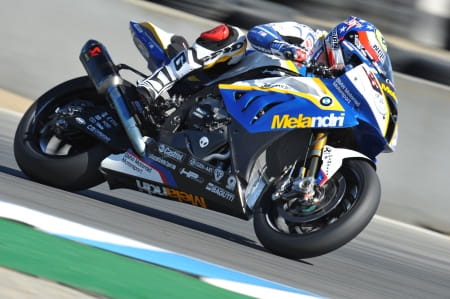 Despite the rule changes having been announced, we still know incredibly little about what form the 2014 World Superbike grid will take. In fact, we know just two things for certain: BMW won’t be there as a factory effort and Tom Sykes will return with Kawasaki.

There have been little more than murmurs regarding who’ll be anywhere else, although it’s pretty certain the next announcement will be that Marco Melandri has signed to replace Eugene Laverty at Aprilia. Laverty revealed he’d been told there was no space for him in the Italian outfit after he took the double win at Istanbul. Melandri is expected to line up alongside Guintoli, who is currently Aprilia’s strongest hope for retaining the crown Biaggi won twelve months ago.

Who will join Tom Sykes at Kawasaki has been a hot topic of debate. Current team mate, Loris Baz hasn’t had an awful year taking the win at Silverstone and a third place at Assen. However the Spanish-run outfit’s desire to get a fast Spaniard on board could see Loris Baz punted out for 2014. Rumours originally placed veteran Carlos Checa with the green team however the arrival of Toni Elias in the championship could well have turned heads at Kawasaki.

Niccolo Canepa has sort of shown there could be a light at the end of the tunnel Ducati seem to have been stuck in during 2013, but the Italian could also have thrown a spanner in the works for the Italian manufacturer’s 2014 plans. It’s starting to look almost certain that Ducati will bring Ben Spies across from the MotoGP championship for 2014 to champion their World Superbike effort after missing out on Nicky Hayden, who has decided to stay in MotoGP. Early rumours placed Chaz Davies on the second seat but could this now be heading in the direction of Canepa after his strong showing at Laguna Seca. 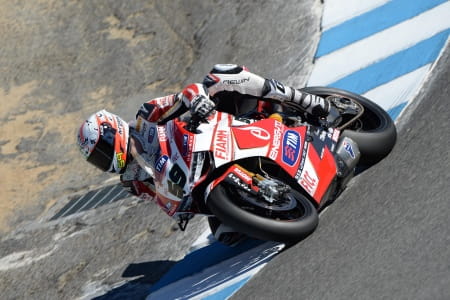 It looks as though Sam Lowes could end up in the World Superbike Championship next year despite attempts by the youngster to sever his contract with Yakhnich Motorsport with a desire to head to Moto2. Early rumours placed the Russian outfit with Aprilia machinery; however it is now thought they are competing with the Althea squad for a factory MV Agusta contract.

It looks as though the line-up could remain unchanged at PATA Honda, despite Jonathan Rea looking for an alternative ride for the 2014 season. Leon Haslam has been linked to a British Superbike return although the Derbyshire rider told Bike Social back in July that he had an option to stay in the World Series with Honda.

Just as the MotoGP ‘Silly Season’ is drawing to a close, rider movement in World Superbike has only just begun. Watch this space over the next few weeks as Bike Social brings you all the latest news.