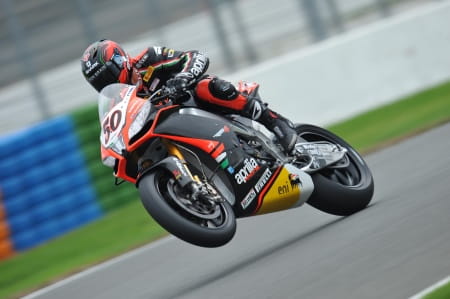 It seems an age ago that Frenchman, Sylvain Guintoli took the honours in the first race of the 2013 World Superbike season at a sunny Phillip Island. With Laverty taking the second win and a strong showing from Michel Fabrizio on the Red Devils RSV4 – it looked as though the Aprilias could well be untouchable.

Fortunately for the second round at Aragon, both Kawasaki and BMW showed they had some kind of an answer to the Aprilia, however it was a strange one; both Eugene Laverty and Tom Sykes retired from the lead of the first race with mechanical issues. This left BMW’s Chaz Davies clear to storm to victory while in race 2, Laverty crashed out while leading, leaving Davies to claim his first ever WSBK double and place the Welshman firmly into the early battle for the championship lead.

After missing out on the title by just half a point in the 2012 championship, Tom Sykes had a somewhat average first couple of rounds; taking two fifth places in Australia followed by a retirement and third at Aragon. It wasn’t until round three at Assen where the Grinner got his title challenge off to a start taking first and second in two thrilling races at Assen. After a somewhat mediocre start to the year, Melandri took victory in the first race at Monza while championship leader, Guintoli missed out on the podium in both races for the first time this year… although that wasn’t entirely clear until quite recently. An incident involving Tom Sykes cutting the chicane would see third position stripped from and then re-awarded to Sykes, resulting in a full appeal from Aprilia at the FIM International Disciplinary Court. Four months later, it was revealed the court had ruled the second decision taken at Monza was correct and Sykes retained third place. 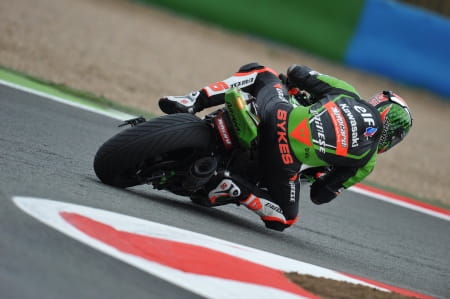 Sykes dominated the first British round of the year in glorious sunshine at Donington Park. The Brit dramatically crashed out on the warm up lap in the second race at Portimao, which went to Eugene Laverty who had crashed out in the first. By this point in the season one thing was clear, the two strongest men in the championship were Tom Sykes and Eugene Laverty. However, with Laverty suffering a few too many technical faults topped with a few too many crashes, and a couple of DNFs for Sykes this would mean Guintoli’s sheer consistency would mean the Frenchman remained well within the title fight.

Imola saw another dominant performance from Sykes while next time out in Russia the Huddersfield man had a nightmare weekend with a crash in Superpole and then a mechanical in the first (and only) race. Two DNFs in two races between Imola and Moscow for Laverty would mean he’d lose a lot of ground in the title chase, meaning the two major contenders at the half-way point would be Sykes and Guintoli.

Typical British weather made things a little difficult at Silverstone, meaning we’d see two one-off winners (for 2013, at least) take victory in the shape of Jonathan Rea and Loris Baz. It was a poor weekend for Sykes who could only manage eleventh and seventh while main championship rival Guintoli only fared slightly better with a sixth and forth. It was Eugene Laverty who capitalised most from the two races in Britain, with two visits to the podium in second and third. 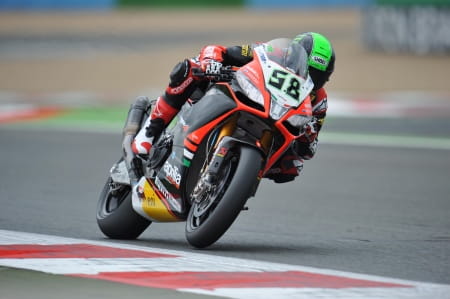 A crash in the early stages of race one at Nurburgring meant any advantage taken at Silverstone was wiped for Eugene Laverty with Sykes taking victory in the controversial red flagged race which saw Jonathan Rea wiped out for the remainder of the season with a broken leg. However the Irishman came back fighting in race two, taking second before the red flag was drawn yet again. BMW’s Chaz Davies took victory.

This was a season-changing point for Laverty, who would go on to be on the podium in every race from this point including a stunning double victory on World Superbike’s first visit to Istanbul. Unfortunately for Laverty, Sykes was also on form towards the end of the season, putting the pair right into the frame for a dramatic end of season title fight.

Unfortunately, as Sykes took the double at the scene of his 2012 title defeat – Magny Cours – extending his title lead to a comfortable thirty-seven points it would become clear that Laverty perhaps had one too many DNFs to be able to challenge for the title. Sykes almost took it there and then in Istanbul as both Laverty and Guintoli crashed out in the second race at the French round, for the race then to be red-flagged reinstating their positions. Despite being the man on form and doing everything he could, Laverty’s victory in the first race last weekend at Jerez was no answer for Sykes, who maintained his points lead enough to take the laurels.

All in all, it was quite an exciting season with close racing, especially in the first half of the season. Every rider who finished within the top five took more than one win with the exception of Guintoli whose sole victory was in the first race of the season in Australia. With Baz and Rea added to the total, this makes seven winners for 2013 and while this is one less than the eight victors in 2012, it’s significantly more than the five in 2011. If current rumours are to be believed, the 2014 championship shouldn’t be any less of a disappointment, either.