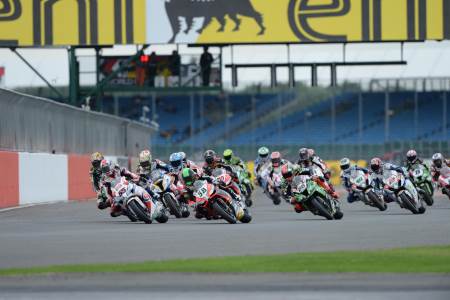 World Superbike organisers, Dorna have (finally) released the 2014 which has been subject to quite the shake up.

As we reported last week, Silverstone has been dropped with Donington Park hosting the sole UK round of the championship while there’s been a re-shuffle in Italy too with Monza out and Misano back in. The financially troubled Nurburgring won’t hold a round either, with new additions of South Welkom, South Africa and Sepang, Malaysia.

The series won’t return to Istanbul after just one year at the Turkish circuit and the season closer is yet to be announced, but is set to be overseas which suggests it could well be India. Laguna Seca has been moved to July following the Californian circuit losing MotoGP which means the Russian round of World Superbikes will now take place in September.

With the absence of the August Silverstone round, the summer break is set to take place between Laguna on 13 July and Jerez on 07 September.