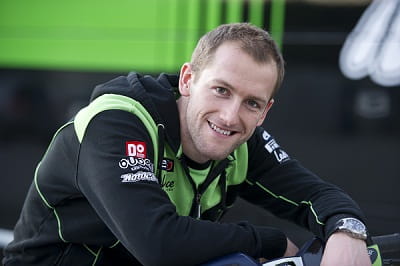 At 27-years old, Brit WSBK hero Tom Sykes is at the top of his game.

He pushed Max Biaggi all the way to the 2012 WSBK World Championship and now Sykes has the belief and experience to show he can be even stronger in 2013 on the Kawasakiu ZX-10R.

Boosted by his 2012 success and a range of winter tests already setting up his campaign for 2013, Sykes said: “I have heard some comments from people that there was my chance gone, but I do not look at it like that. We have done a good job this year and worked hard. We found ourselves in a good position. I speak with my crew chief Marcel a lot, and if we had known back in Australia what we know now, I think we would have had an even stronger season.”

Sykes continued to explain why he feels 2013 will be an even better year again. “Looking to 2013 I am more than happy now, and really excited and relaxed that I have, first and foremost, continuity,” said Tom.

“I am still with a great manufacturer in Kawasaki. Everybody has seen how much effort they have put in. Also, all of the team, all the guys working with me, we have a great understanding, and fortunately we are continuing with some great sponsors that are helping all the time. It is all a massive team effort. We have really gelled and it is working well.” 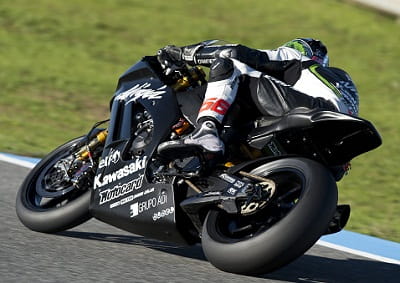 After some great showings in testing post-season where he really got to grips with the new 17-inch rubber, Sykes knows that development is still moving forward. But he also feels that all he learned in 2012 will be an asset for the next challenge.

He said: “Next year there is going to be a lot of expectations and I feel I can manage myself in a good way. For example, Magny-Cours, the final round of 2012, I was second in the championship when I arrived there with a lot of pressure to perform. All things being said, I handled the pressure very well. We had some limitations in the wet there so I took the maximum points in race one that I felt it was safe to achieve, which was third. In the second race, the championship deciding race, I won that one, so I was quietly proud of that.”

For Sykes the big prize to aim for is the Championship in 2013. As it stands, in his career he has now started 106 SBK races, has won five, has taken 15 podiums, 17 front row starts, set four fastest laps and has 11 Superpoles. Just one prize stands in his way in WSBK, and he’ll be gunning for it on the 2013 Kawasaki straight out of the gate.