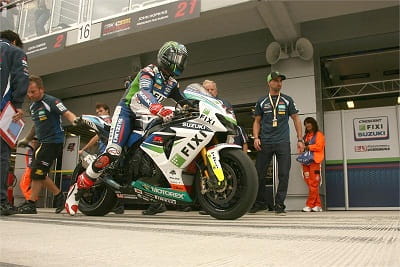 WE’RE hearing rumours that current WSBK star and former MotoGP rider John Hopkins is set to retire at the end of this season.

Our insiders heard Hopper talking to his mechanics at last weekend’s WSBK round at Portimao, and discussing potential retirement.

Hopkins has had a rough ride in the last few years following his exit from MotoGP, an incredible rebirth with the Crescent Suzuki team in BSB which saw him miss out on the BSB title by less than a second. He's has a tough time with injury in WSBK, including having his finger amputated.

Hopkins currently rides for the FIXI Crescent Suzuki team in WSBK and is currently 19th in the championship.