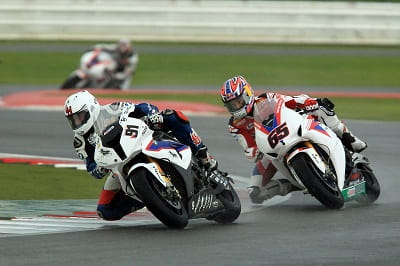 The WSB star will sign to ride the Honda CBR1000RR Fireblade for 2013, but he won’t get a chance to race the newly announced Honda V4 until 2014.

The current BMW factory rider is set to make the announcement at 18:00 local time at the Portimao WSB round on Saturday where he’s sign to ride for the experienced Castrol Honda team run by Dutch squad Ten Kate.

Rumours abound that Haslam has signed to ride the new V4 Honda MotoGP-inspired bike, as the new machine was announced by Honda’s CEO today, however, our sources say the new V4 will be raced and launched in 2014, with Haslam riding a CBR1000RR in 2013.