Are Ducati back with full-factory effort in 2013? 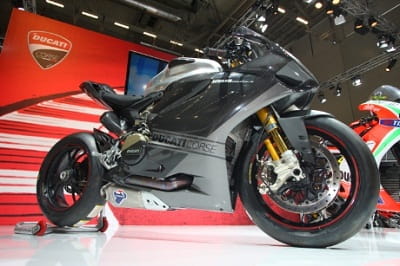 Ducati have confirmed they have split from the Althea Ducati Racing Team but will continue to run Carlos Checa in WSBK in 2013.

The news has lead to rumours that Ducati may be planning a full scale factory assault on the 2013 WSBK championship now that the 1199 Panigale is ready to make its WSBK race debut.

The team officially pulled out as a factory effort in 2010, instead running their effort through Althea with Checa as lead rider.

2011 world champion, Checa was spied testing a Ducati 1199 Panigale in WSBK trim at Ducati’s chosen test track at Mugello a number of times, and well before the bike was even seen in public. That means the WSBK-spec bike has been in development as a race bike for two years before it even hits the track for the first race in Phillip Island next year.

Playing down the split between Ducati and Althea, a Ducati spokesman said: “Despite both parties’ intention to continue the collaboration, an agreement, which meets the requirements of both Team Althea Racing and the Bologna-based manufacturer's management, has not been found for 2013. However, the exceptionally good relationship that Ducati has enjoyed with Team Althea Racing, combined with the friendship and gratitude towards team owner, Genesio Bevilacqua, for his continuing efforts and loyalty during these years, means that other forms of cooperation between Ducati and Team Althea could still be found in the future.”