Carlos Checa shoulder injury forces him to pull out of Monza

Ducati rider Carlos Checa won't  be taking part in the racing this weekend at the historic Monza track. 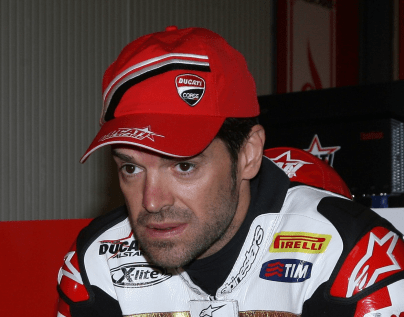 Over the course of the last week, Checa has been receiving treatment for an ossesous edema to the humerous on his left shoulder. It would seem that the sessions out on track yesterday have irritated this condition with Checa reporting pain yesterday.

His results weren't the ones that fans were used to seeing from the Spaniard with him finishing 13th in free practice yesterday and 11th in the first qualifying practice session.

Following a consultation with the doctors of the Clinica Mobile and Ducati Alstare's management the decision has been taken that Checa won't take part this weekend at this notoriously fast and demanding track and will instead rest and recover with the aim to be back out on track at Donington in two weeks time.

Checa has been spotted at the track so will no doubt be watching the racing from the sidelines this weekend. We wish him a speedy recovery and hope to see him at his fighting best soon.