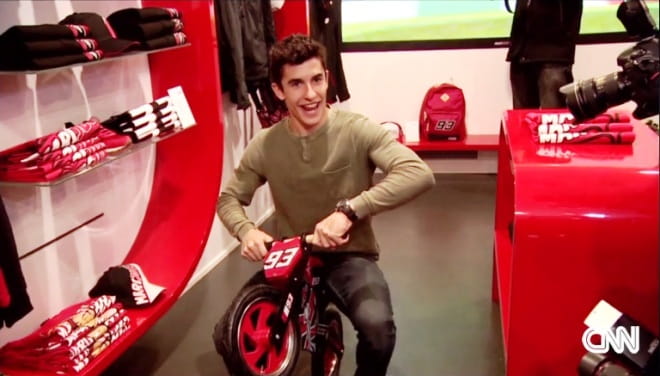 Our friends at CNN Sport caught up with the youngest ever double MotoGP World Champion, 21-year old Marc Marquez in his hometown of Cervera last week and despite piloting a 225bhp prototype Honda to numerous victories, the older of the Marquez brothers says "I only have the licence for a 50cc!"

The stats don't lie. Of the 36 MotoGP races entered, Marc Marquez has won 19 and finished on the podium in 11 of the others, he's started from pole position in 22 and has had 23 fastest laps. Not only is the kid pretty handy but his infectious smile and all around happy disposition makes him a likeable character too.

And the second episode follows:

Phenomenon? World's best? What do you think?