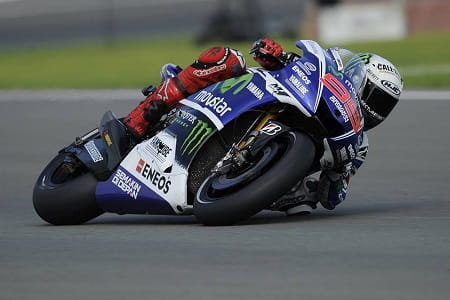 Less than 24 hours after the 2014 season ended, the 2015 season began as Aleix Espargaro left pit lane for the first time on his new Suzuki GSX-RR. It wasn’t long before he was followed by a number of other riders, including team mate Maverick Vinales, new Aspar signing Eugene Laverty and LCR’s Jack Miller.

In total 27 riders completed laps during the 5 hour test, including Aprilia test rider Alex Hoffman. The only rider not to head out was Marc Marquez, who said he’d been given the day off by HRC.

Marquez did however complete twelve laps aboard one of his 2014 RC213Vs alongside younger brother Alex, who had been treated to a MotoGP test by Honda after clinching the Moto3 World Championship.

Lorenzo set the fastest time of the day ahead of Pol Espargaro and Bradley Smith.