Simoncelli to be inducted to MotoGP Hall of Fame 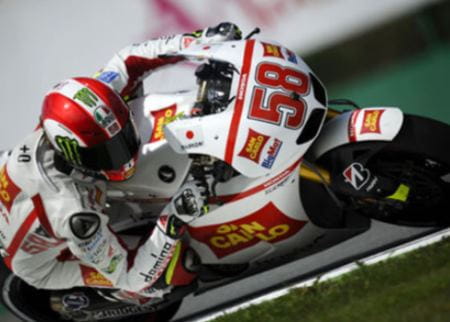 Marco Simoncelli is to be honoured as a MotoGP legend at a ceremony at the 2014 Italian Grand Prix in Mugello this June.

Simoncelli was tragically killed in an incident during the 2011 Malaysian Grand Prix in Sepang, in which the likeable Italian thrown from his bike into oncoming riders. A rising star in MotoGP, Simoncelli had achieved his best-ever result in the elite class just a week before losing his life.

A true fans’ favourite, Simoncelli was tipped for huge success in MotoGP after winning the 2008 250cc championship and only narrowly missing out on a second 250 title in 2009. Honda was set to provide the Italian with a full-factory RC213V for the 2012 season in the Gresini Team he’d ridden for since 2011.

Simoncelli will become the 21st rider to be inducted to MotoGP’s hall of fame, alongside names such as John Surtees, Barry Sheene, Giacomo Agostini, Daijiro Kato and the latest addition, Casey Stoner.