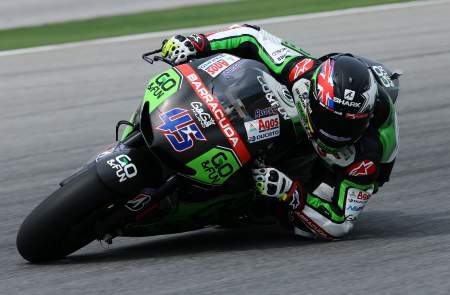 Bike Social caught up with Scott Redding as he prepared to fly to Qatar ahead of his new adventure into MotoGP and understandably he's a little nervous!

The British rider will line up for his 100th Grand Prix on Sunday under the floodlights of the Losail International Circuit as he makes his debut at the pinnacle of the sport.

This is what he had to say when we asked him about his winter testing, the demands of being a MotoGP rider and how he was preparing for the season.

"Testing is done and dusted and this weekend I’ll finally get to make my MotoGP debut in Qatar. I’m looking forward to it and I’m curious to see how this new adventure pans out but, as you might expect, I’m also a little nervous! 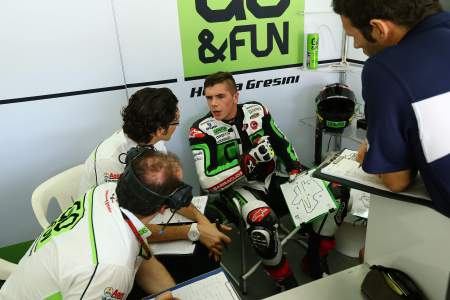 "Of course, getting used to racing a MotoGP bike has been the focus over the winter, but adapting to the bike hasn’t been the only thing I’ve had to contend with. While the power of the Honda RCV1000R came as no real surprise, the demands of the preseason certainly did. I thought I was going to be able to disappear off to Spain for a few months and focus on my training, but in reality I’ve done more travelling than I did the whole of last season!

"In between filming a promo video for BT Sport and the Team Go & Fun Honda Gresini launch in Italy, I’ve been to a bike show in India, another in Paris and a third in Birmingham. At this rate I’ll be a gold card member on every airline!

"One of the more interesting things I’ve done over the winter was appearing on the BT Sports Panel Saturday morning show with Tim Lovejoy and Matt Dawson. I’m not a big follower of sports, other than motorcycle racing, but it was interesting to meet Matt, David James and Charlotte Edwards. Rugby, football and cricket may be very different to MotoGP, but the commitment required is the same.

"To be honest, I was more nervous about going on the show than I was jumping on the MotoGP bike for the first time, but I was well looked after and it was a great experience.

"But, like I said, the focus this winter has been on testing, and adapting to the MotoGP bike I’ll race this year after four seasons in Moto2. 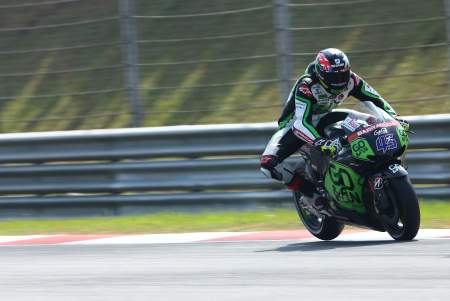 "Testing has gone well with the new Honda RCV1000R and the Go & Fun Honda Gresini team. We went to Sepang and Qatar with the aim of using Nicky Hayden as our benchmark and I think that approach worked well.

"Nicky is racing an almost identical Honda RCV1000R this season, but he has 11 years more experience of racing in the premier class than I do. Oh, and he also has a MotoGP world title to his name, so he knows the score.

"I’m happy to say that, while testing was a steep learning curve for me, we managed to keep Nicky in sight and we were pretty close on times with the race simulation we ended testing with in Qatar.

"What was important for me was that we used testing to build towards the first race of the season. It would have been all too easy to start worrying about lap times, push that little bit too hard and end up in the gravel. MotoGP bikes don’t take any prisoners; make a mistake and the chances of starting the season injured are quite high.

"As it is, I will go into the first race fully fit and with a much better understanding of how to race a MotoGP bike, but the learning never stops. This is my rookie season in MotoGP and a learning year, both for me and for Honda. The RCV1000R is a brand new bike and we know that we need to work to get the best from it. But then MotoGP is also new for me, so it’s good to be working with such an experienced team, one that knows how to get the best from the bike and their riders.

"And this weekend is when I hope the hard work will pay off. When I line up on the grid in Qatar on Sunday it won’t just be my MotoGP debut, but also my 100th Grand Prix appearance. A good result would be a nice way to mark both!" 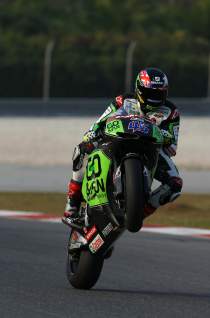 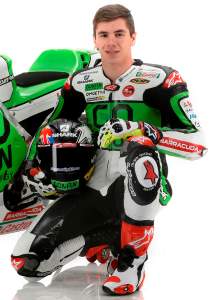