Britain's very own MotoGP hotshot exclusively tells Bike Social who he thinks will be challenging for the 2014 MotoGP World Championship, and predicts how he stands against his own rivals in the new Open Class. Nice visor sticker by the way, Scott. 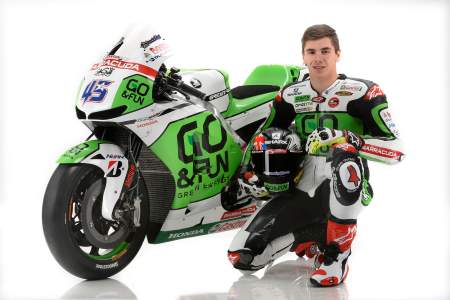 Redding is confident he can make a big impact in MotoGP's premier class this seaon on the Go & Fun Gresini Honda RCV1000R.

Speaking after the official launch of his new team in Italy, Redding is gagging to get out on the bike at the first official MotoGP test in Sepang, Malaysia. He said: "I just want to get out on the new bike, now that I'm fully fit.  The power’s about 98% with my wrist, I've lost a bit of the flexibility but nothing that will affect me on the bike so we’ll just see how we get on at the test."

Here, in his own words, Redding predicts how his top 12 rivals will get on this season, including his own nemesis from last year, Pol Espargaro. 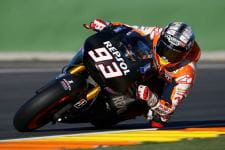 everyone else.  He didn’t have any pressure last year but this year he’ll have pressure to try and keep that number one plate. He’s a strong rider and he’ll do well.
Honda keep upgrades very secret but from the comments that I read last year I think they need to do a bit to the chassis. 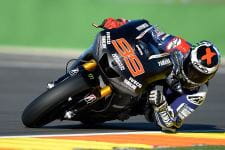 I think he’ll be really put the effort in for it this year, he doesn’t like losing. If Yamaha can also give him a little bit more power, which for me is what he needs, but no doubt he’ll be winning races again this year and he’ll be up there for the title.

He seems to have a handful of bad luck at the wrong time.  We can see that he can win races and he can run in the top 3 every weekend but then he has a bit of bad luck. Hopefully he can get rid of that bad luck and we can see another championship contender there. 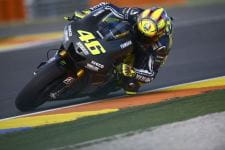 to.  You saw last year that he was struggling to keep up with the youngsters coming through. But then you never know, maybe he’s going to settle in a bit more this year, he’s had a year back on the bike getting more confident so maybe he’ll do well and we’ll see him on the podium a few times. 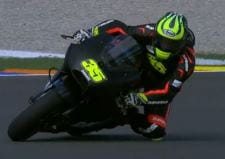 He’ll probably not get on as well as he did on the Yamaha. I think he’s going to have a difficult time, probably quite stressful if he can’t get to grips with it.  He’s got to try and develop the bike as well as ride it.  I think he’ll have a tough season but we might see some results from him. 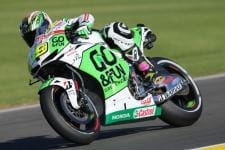 He was coming strong at the end of last year, so if he can get off on a good run he’ll be up there.  I don’t think he’ll be a championship contender but I think he’ll be on the podium more than he was last year.

Bradl can step it up again.  He’s there or thereabouts. Bautista was taking it to the next level at the end of last year but I’ve not heard too much from him or about him over the winter so maybe he’s keeping a low profile and he’ll come out all guns blazing.
He had an injury at the end of last year but with the likes of Marquez coming in last year it means that the likes of Stefan Bradl really have to step it up. 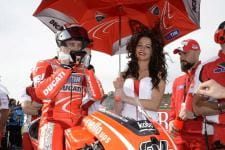 No idea!  He’s a guy that you don’t get much feeling about from the outside.  He and Crutchlow will be battling just like he and Hayden were. We’ll just have to see. 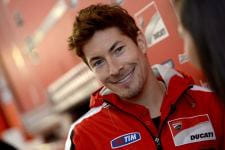 He’s the guy who I want to try and beat this year. He’s got a lot more experience than me, especially with the bigger bikes and with Honda, but at the end of the day we have the same bikes so there’s no reason why I can’t beat him at some tracks.  I’ll be strong enough to hunt him down at the start of the season.
The Production Racers are practically the same but he’s got different suspension – they’re running Ohlins, I’m running Showa.  I’ve got Nissin brakes, they’re with Brembo.  But even when I go up next year with the factory bike in the Go&Fun Gresini team I’ll also be using Showa suspension and Nissin brakes.

I think he’ll do better than last year with consistency, I think he’s got more confidence after the last test in Valencia which has put a spring in his step again so he’ll be motivated and I’m sure he’ll not want to finish second to (Pol) Espargaro so he’ll up his game and push for it. 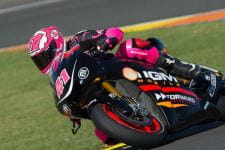 He’ll be another one that I’ll be battling with or looking to beat. He’s got experience with the CRT machine and the tyres but he’ll definitely be at the sharp end of the Open Class. 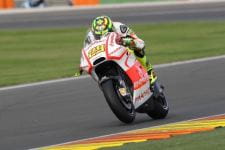 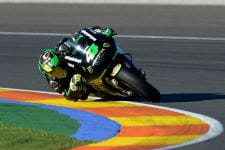 I think he’ll do pretty well to be honest.  I think you might see him on the podium but definitely some top 5 results, he won’t do a Marquez.  I think he and Bradley will battle but he might have the upper hand because he seemed to gel with the bike easily from day one but then Bradley did step it up during the test so you never know!

I wouldn’t advise on any betting beacuse it's going to be close but I’d probably go with:

Do you agree with Scott's predictions? or and leave a comment!