Redding: “I had to make an aggressive move on Crutchlow” 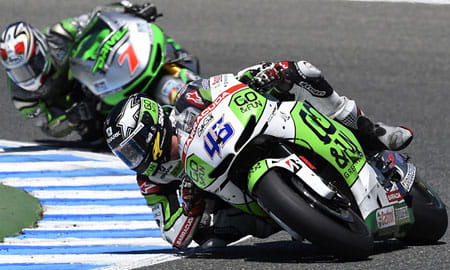 MotoGP ‘rookie’ Scott Redding came away from the fourth round of the 2014 MotoGP season at Jerez with a 13th place finish – a result he admits he’s pretty satisfied with after an overall difficult weekend. After qualifying on the sixth row of the grid, the Bike Social-backed Brit got held up during the early part of the race by Cal Crutchlow, who was struggling with his Ducati (post-race reports suggest he suffered a front brake failure), and was forced to make his most aggressive move yet…

Redding explained: “The race was the best part of the weekend for me, because I was finally inside the top 15 after two complicated days of practice and qualifying. During the race I had to make quite an aggressive move on [Cal] Crutchlow – he looked like he was having a problem but the fact that he was holding the line meant it was difficult to pass him.

“This delay meant I lost contact with [Nicky] Hayden and when I tried to push to catch him I almost closed the front. Anyway, my rhythm was not so bad until the tyre started to drop off and the rear started spinning up a lot. All in all I’m pleased with my race result, but it’s obvious we still have a lot of work to do.” 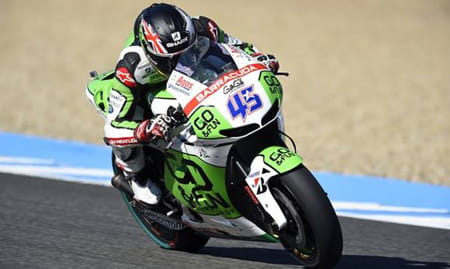 No sooner had Sunday’s race concluded and the MotoGP boys were back out on track at Jerez for the first official post-race test of the season. Encouraged by his progress, Redding continued: “We struggled again with rear grip through the day, but we worked hard to find a solution and in the end we found something that was better, let me say, in 60% of the track.

“In some corners there wasn’t any difference, but in some others [grip] was better. Overall, this test was really useful for us: we learned a lot, and we also tested some braking parts to be used later on in the season. To be honest, I found it quite hard to get up again and to be strong again, ready to ride, straight after a race, but overall I’m quite happy to have tested."

The fifth round of the MotoGP Championship takes place at Le Mans on 18 May.