MotoGP Le Mans: All the gossip! 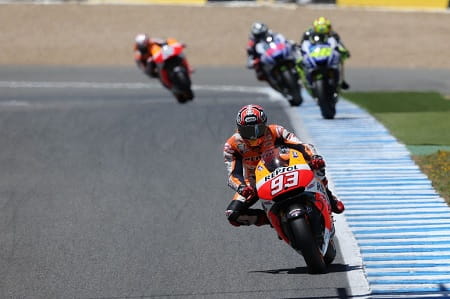 Marquez announcing a new two year deal with Honda earlier this week has set the rumour mill into full motion at Le Mans, with the main talk of Thursday’s press conference surrounding where the remaining three ‘aliens’ will end up in 2015.

There had been rumours that Valentino Rossi would retire at the end of this year but his rejuvenated form has shown there may still be life in the old dog yet. At least the old dog clearly thinks so, he’s come out and said he’d like to stick with Yamaha in MotoGP for a further two years and will begin negotiations shortly. Word in the paddock, however, is that the deal is already done and could well be announced next time out in Mugello.

It’s not as clear cut for Jorge Lorenzo. He’s still insisting he wants to remain with Yamaha but has said it’s too early for a decision to be made. Bike Social sources say Lorenzo wants to be sure Yamaha have built a bike that can win before committing his future to the Japanese factory and rumours are rife about where he may go if this cannot be done. The obvious choice would be for Lorenzo to jump ship to Honda and challenge Marquez on equal machinery but word is that neither Lorenzo nor Honda are keen on the idea – Lorenzo knowing he’d never be the priority and Honda unsure after the Mallorcan’s miserable start to the season. 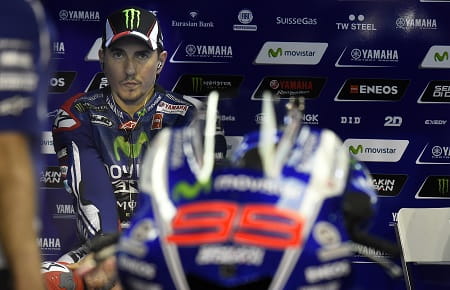 Earlier this year there were rumours of Gigi Dall’Igna being keen to capture the double world champion in a big money deal for Ducati. Lorenzo strenuously denied there had been any talks with Ducati but the rumours just won’t go away and we all know what that means…

The likelihood is that Lorenzo will remain at Yamaha; he has little other choice if he wants to beat Marquez to a world title any time soon. Another rider staying put could be Dani Pedrosa, who is very quickly becoming the forgotten one in MotoGP despite having taken four podiums out of five races so far this season. Davide Brivio has hinted he’d like to sign the Spaniard for Suzuki’s returning MotoGP effort but if Repsol Honda don't want to get rid, Pedrosa won’t be going anywhere, unless he retires. But why would a rider capable of consistently achieving Grand Prix podiums do that at this stage? He isn’t Casey Stoner.

Honda has quite clearly put their money on Marquez for the next two years and as number two riders go, Pedrosa ain’t too shabby, so why fix what isn’t broken?

So who does that leave for Suzuki? Paddock gossip is that Ducati’s duo of Dovizoso and Crutchlow are both in the frame despite both riders having pledged their allegiance to Ducati. Reports suggest Crutchlow has a get out clause in his two-year contract if things don’t go to plan and let’s face it; it’s been an uphill climb so far this season, but we’ll see. Suzuki poaching both of Ducati’s riders would be incredibly unlikely, but if the Bologna factory needs to make room for someone like Jorge Lorenzo there is at least one rider out of the door.  That’s also not forgetting Randy de Puniet, who has taken this year out of MotoGP to develop the Suzuki machine, it’d be a little sneaky for the Brivio-run squad to ditch the Frenchman after all his hard work.

Eugene Laverty is set to test the bike in Japan later this month before flying out to Phillip Island to participate in the Bridgestone tyre test for the team. If the Irishman can put in the laps he’d be a good bet for one of the seats as he’s been considering a switch to MotoGP for a number of years. 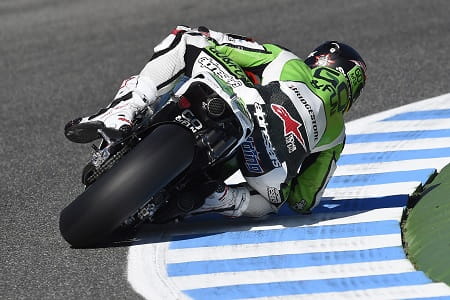 Despite some positive results for the production Hondas so far this year, the teams running the RCV1000R are still crying out for more power. Scott Redding, Nicky Hayden and Hiroshi Aoyama have all shown potential so far this season but can only push so far on a bike 15mph down on competitors. Scott Redding has told Bike Social there is no sign of any upgrade yet though…

IODA Racing’s plans to replace the injured Danilo Petrucci with Luca Scassa were scuppered last weekend as the Italian broke his leg in an accident at the Imola round of the Superbike World Championship. Many had expected the team to run Leon Camier, whose deal with the Aprilia outfit fell through at the start of this year. However, reports suggest the lanky Brit is after a more permanent ride, knowing his time at BMW Motorrad Italia in place of Sylvain Barrier could be coming to an end. Online gossip has linked the 2009 British Champion with a return to the British series as Halsall Racing look to revert back to a two rider team. The Bolton based squad had been in talks with Camier during the off season but nothing came to fruition at that time. Although, rumour in the World Superbike paddock is that BMW Italia may be keen to retain Camier alongside the returning Barrier, as the Brit is just fourteen points behind the EVO championship leader despite having missed two races.

Don’t forget, keep up with all the latest news, gossip and behind the scenes pics from all the major racing championships by joining us on Twitter and Facebook!