Marquez in charge as MotoGP returns to Europe 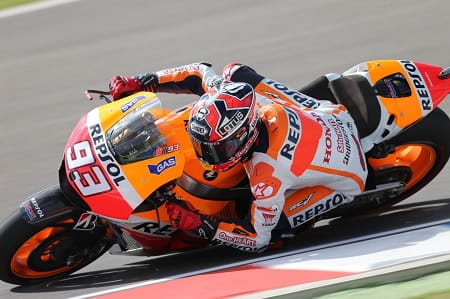 So far this season, Marc Marquez has been absolutely unstoppable in MotoGP. The 21-year-old Spaniard has qualified on pole before going on to take victory in all three races. What will it take for his rivals to beat him? Heading into round four of the championship, set to be held at Jerez this weekend, the likes of Lorenzo, Pedrosa and Rossi may well have the upper hand.

Marc Marquez has never won at Jerez in any Grand Prix class he’s raced in. To put that into perspective, Jerez is the only circuit Marquez hasn’t won at in at least one of 125GP, Moto2 or MotoGP.  That’s not to say he doesn’t go well there, he finished second in the 2012 Moto2 race and equalled this result last year in MotoGP, barging Jorge Lorenzo out of the way on the final corner.

Statistically at least, Lorenzo, Pedrosa & Rossi have an advantage at the Spanish circuit. Lorenzo has four victories at the circuit, Pedrosa three and Rossi seven. Although let’s be honest, like Marquez is going to care about not having the statistical advantage. The Repsol Honda man has a knack for record breaking and should he take a fourth consecutive victory this weekend he will equal Mick Doohan’s best ever start to a season from 1992! Marquez is currently imperious; he’s making it look easy to beat some of the best riders in the world. 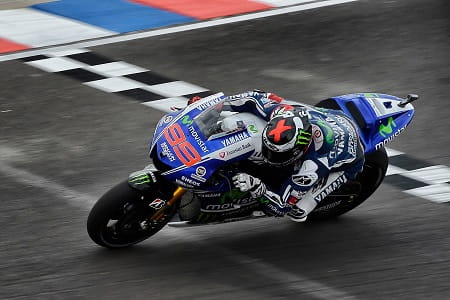 Traditionally, Jerez has always been a Yamaha track, or at least it was until the last two years in which Honda have dominated proceedings. Jorge Lorenzo will be desperate to bag a win in front of his home fans this weekend, especially after being barged out of the way on the last corner last year by the man who went on to beat him to the title. Trailing the championship lead by a whopping fifty-three points, Lorenzo faces no choice but to beat Marquez if he wants to retain any chance of taking a third title this year.

With the Yamaha seemingly unable to keep up with the Honda this year, it’s perhaps Pedrosa with the best shot of beating Marquez but he faces a tough ask, having struggled to be anywhere near his team mate in the season’s opening three races.

After a stunning start in Qatar, getting closer to beating Marquez than anyone else has been all season, Valentino Rossi will be hoping for a perfect weekend at the Andalucian circuit. The Italian reckons he could have been on the podium in all three races this season had he not suffered dramatic tyre fade in Austin or been punted off the track by Stefan Bradl early on in Argentina. Although as already mentioned, with the Yamaha not having the legs on the Honda, victory is perhaps unlikely but a podium should be on the cards if he can beat Lorenzo or Pedrosa. 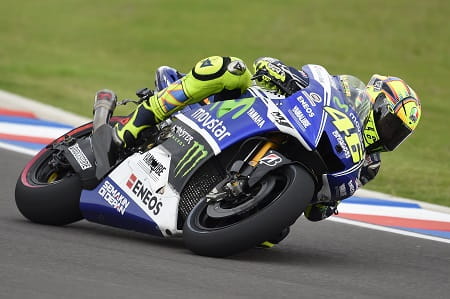 One home-boy looking for a good weekend will be Alvaro Bautista. After failing to finish the first three races through rider error, tensions must be high in the Gresini camp with Bennetts-backed Scott Redding itching to have a go on the factory machine.

It’s hard to see beyond Tito Rabat in Moto2, having stormed to two victories and a second place so far this season. Moto3 title fighters in 2013, Maverick Vinales and Luis Salom will also be looking for glory as they ride in Moto2 on home ground for the first time. Sam Lowes will be one to watch after a heroic performance in Jerez storming to 8th from 22nd on the grid. Lowes knows Jerez well from his Supersport days and has already tested at the Spanish track.

Moto3 is bound to be exciting once again, with Jack Miller and Alex Marquez out to make amends for being punted out of the way by Romano Fenati on the last corner in Argentina.