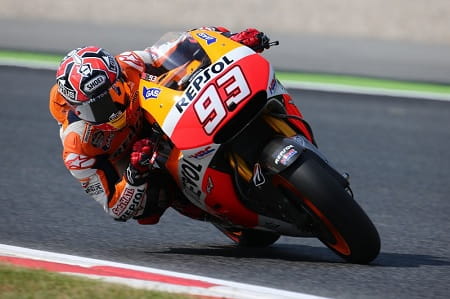 Marc Marquez continued his 2014 dominance topping the timesheets at a post-race test yesterday in Catalunya. The Spaniard set a fastest time of 1’41.184 to top the pile ahead of Britain’s Bradley Smith on the Tech 3 Yamaha.

After struggling in the race on Sunday, Bradley Smith was out to prove himself on Monday setting a fastest lap just 0.04 slower than the 2013 World Champion. Smith put in an impressive 75 laps during the day’s test, working on suspension, geometry and engine braking settings. 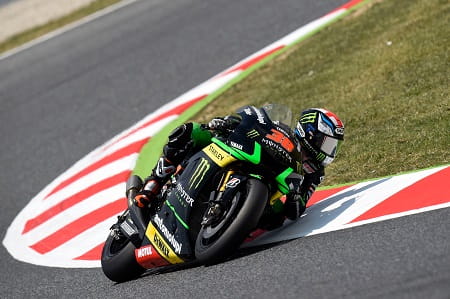 Jorge Lorenzo was third fastest, some three tenths behind Smith with Yamaha’s strong performance backed up with Pol Espargaro setting the fourth fastest time just a tenth further back.

Stefan Bradl was sixth ahead of Andrea Iannone on the fastest Ducati, just seven tenths off Marquez’ fastest lap. Dani Pedrosa was seventh with Yonny Hernandez, Aleix Espargaro and Valentino Rossi rounding out the top ten.

Britain’s Cal Crutchlow was thirteenth, some 1.7 seconds off the pace and just four tenths faster than Scott Redding on the production Honda RCV1000R. 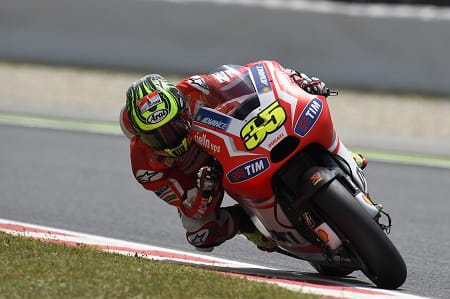 Suzuki, who were testing a new engine configuration, could only manage seventeenth fastest with Randy de Puniet some 2.5 seconds off the pace.

Getting a taste of MotoGP for the first time, Dominque Aegerter put in the most laps of the day, circulating the Montmelo circuit 89 times on the Avintia Racing Kawasaki.

In the morning, some riders tested a new circuit layout using the F1-chicane on the final corner after safety concerns were raised during Sunday’s Moto3 race, as Niccolo Antonelli hit the wall in a crash at the fast last corner.