MarcVDS: "We have a binding contract with Jack Miller" 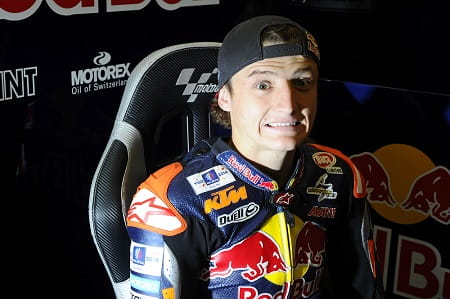 There has been a storm brewing in the MotoGP support paddock over the last few rounds surrounding an issue between Moto3 championship leader, Jack Miller and the Moto2 championship leading team, MarcVDS.

Last year it was hinted that Belgian outfit, MarcVDS had secured a three-year deal with Miller, which would see him step up to compete in Moto2 with the Michael Bartholemy-run team in 2015 and 2016 after a year in the Moto3 championship with Aki Ajo’s Red Bull KTM squad. There has been much speculation about the young Aussie's future in recent weeks, with the hottest rumours suggesting the fastest Aussie since Casey Stoner could even jump straight to MotoGP next season.

However, Miller recently denied the existence of such a contract on the Ajo Motorsport website, saying he had no agreements in place for the future and that only a letter of intent was signed with Marc VDS and this letter was no longer valid.

MarcVDS acknowledge no final agreement was signed by Miller’s party, but state a binding pre-agreement contract was signed which still stands as neither Miller, his management or his parents have answered requests from MarcVDS for a final meeting.  Marc VDS Team Principal, Michael Bartholemy says if Miller has changed his mind, he needs to tell them.

“It is regrettable that we’ve had to make public this situation, but we really were left with no option,” said Bartholemy. “We have a contract with Jack Miller and we are already preparing for his arrival in the team for the 2015 season because, for us, a deal is a deal. If Jack has changed his mind and doesn’t want to ride for us next year then he or his management team need to come and talk to us, rather than simply ignoring our numerous requests for a meeting to clarify the situation. We are not interested in playing games; we just want the situation sorted out expeditiously. Until it is resolved we cannot move forward with our own plans for the 2015 season, as we have no intention on reneging on the agreement by offering Jack Miller’s place in the Marc VDS Racing Team to another rider.”

While the Marc VDS Racing Team would prefer to keep confidential their negotiations and agreements with riders, circumstances dictate that the team clarify their position with regards to Jack Miller.

Jack Miller recently stated on the official Ajo Motorsport website that he has no contract for the future. This statement is inaccurate. Jack Miller signed a binding three-year contract with the Marc VDS Racing Team for the 2014, 2015 and 2016 seasons.

Under the terms of this six-page contract, the Marc VDS Racing Team negotiated on Jack Miller’s behalf to secure him a Moto3 World Championship ride with the Red Bull KTM Ajo Team in 2014.

The three-year contract was in the form of an extensive pre-agreement, covering the relevant key points such as exclusivity, payment conditions and technical support. Nowhere was there a clause related to early release from the contract should Jack Miller receive an offer for MotoGP in 2015. Following the signing of this pre-agreement a final contract was negotiated and agreed between the parties, with the key elements remaining unchanged.

This final agreement was not signed and all requests by the Marc VDS Racing Team for a meeting with Jack Miller, his parents and his management team, to clarify the situation with regard to Jack Miller’s contractual obligations for 2015 and 2016, have gone unanswered.

In the absence of a signed final agreement, the signed pre-agreement remains extant and binding on both parties.