Lorenzo: 'No truth' in Ducati rumours 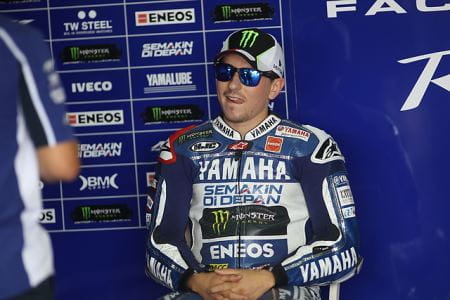 The 2015 ‘Silly Season’ kicked off early last week as rumours originating within the Spanish press began to circulate about the future of twice MotoGP Champion, Jorge Lorenzo. Speculation, which came just a day before Yamaha’s team launch in Jakarta, was that Lorenzo was already in talks for a big money move to Ducati for 2015.

Some reports suggested the Bologna factory were attempting to lure in the Mallorcan with a deal worth around €15 million, up to €6m more than his current Yamaha wage. One report went as far as to suggest Lorenzo had provisionally agreed terms for the Ducati move.

Currently in the middle of a two-year contract, Lorenzo’s deal with the Japanese marque expires at the end of this season and Lorenzo could well be the most sought after rider in the paddock. There have long been reports that Honda are keen to sign Lorenzo, with reports suggesting HRC has made a play for the Spaniard each time his Yamaha contract has been up for renewal. Naturally, Lin Jarvis (Yamaha MotoGP boss) will be keen to retain Lorenzo’s services, but it could come at quite the price.

However, Lorenzo rubbished the Ducati rumours at Yamaha’s team launch in Jakarta on Friday, stating he’s keen to begin negotiating his future with Yamaha.

“When you are fast and winning races all the big factories want you, this is normal.” Lorenzo said.

“I have to clarify that there is no truth in the rumours that there is a contract with another manufacturer and I would like to start negotiating as soon as possible for my future with Yamaha. My dream is to retire after my career as a Yamaha rider. If our bike is even better this year then it will be easier!”

There is no doubt that Lorenzo would want to remain with Yamaha, having ridden with the squad since his MotoGP debut in 2008, however, whether Yamaha can offer a good enough package to keep hold of him could well be another story.