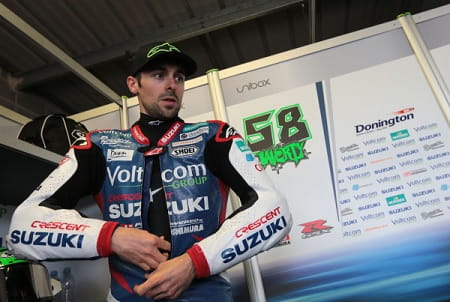 Voltcom Suzuki World Superbike rider, Eugene Laverty is set to test Suzuki’s MotoGP machine next week at Phillip Island after a shake down later ths week in Japan. The Ulsterman admits Suzuki’s return to MotoGP in 2015 was on his mind when he penned a deal to ride for the manufacturer in the Superbike World Championship this year and says he’s looking forward to get on the bike and seeing what it can do.

Laverty flies straight from Donington to Japan for a one day shakedown on the GSVR1000 before flying to Phillip Island for a MotoGP tyre test, sharing duties with regular Suzuki test rider Randy de Puniet.

“We head straight to Japan now for a day on the MotoGP bike before going to Phillip Island for a day and a half on it” said Laverty, speaking to Bike Social at Donington Park. 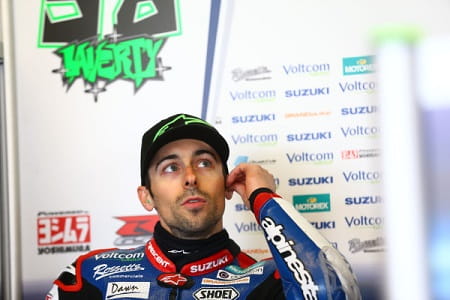 Laverty, who finished second in last year’s Superbike World Championship, has made no secret of his desire to move up to MotoGP and each year there are rumours of the Ballymena man stepping up to the series. Therefore it was no surprise when he signed for Suzuki in World Superbikes, who were planning their return to the premier class just one year later.

“Moving to MotoGP is something I thought about when I signed for Suzuki. I was confident that the bike [in WSBK] was capable of more than what it has done in the last few years and we’ve shown that by winning right away, but the other part of it was looking at Suzuki’s return to MotoGP in 2015.

“MotoGP is still the top level and I’d like to race against the best riders in the world but only on reasonably equal machinery. I’ve been there before on under par machinery and you’re beating your head against the wall. I’m happy in superbike but yeah, I would like to try MotoGP.”

It’s been a tough season so far for the Voltcom Crescent Suzuki rider, despite winning in his maiden race with the team it’s been somewhat of an uphill struggle since. 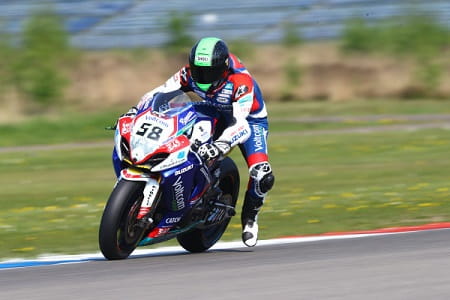 “We had a good start to the year despite not getting much testing done as we spent a lot of time sorting the electronics in the winter so the first time I got to ride the bike properly was at Phillip Island and it worked well straight out of the crate there. Since then, it’s been difficult but the bike is good, the chassis is good but the engine isn’t quite as strong as what I’ve had previously.

“We knew the Suzuki suited Phillip Island and that we could be strong and to be honest, at Aragon and Assen we were fast enough, we had the pace for the podium but we had of bad luck. At Imola it was terrible; we didn’t have any pace and seventh was the best we were going to get. Imola is the complete opposite kind of track to Phillip Island and it worked at Phillip Island but not Imola so this gave us some indication as to which way we needed to go with the chassis setting and we learned a lot in the test the following Monday.

“We brought the bike here and it was strong again on Friday so we are making progress. We struggled a bit in qualifying on the Wednesday and then today, the tough run continued!”