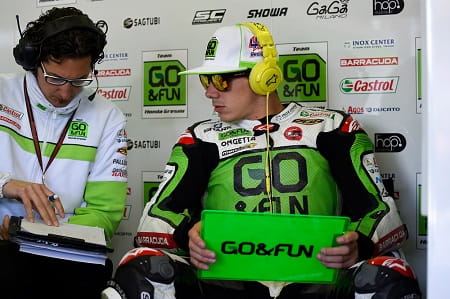 Bike Social ambassador Scott Redding took twelfth place in today’s MotoGP race in Le Mans but most importantly the Brit crossed the line ahead of all his production Honda rivals. Scott’s main rival, Drive M7 Aspar Honda rider Nicky Hayden was knocked off on the first lap while Hiroshi Aoyama finished fourteenth and over three seconds behind the GO&FUN Gresini rider.

After each race, Scott puts together a blog exclusively for Bike Social. Here's this week’s instalment: 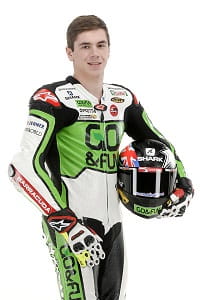 "I’m really happy to have had a consistent race today as we were really struggling on Friday. We were having trouble braking and getting into corners. I crashed in one session not having any feeling with the front and I was struggling to stop the bike. We couldn’t get the brakes up to temperature and there were just so many little things unsettling me.

It’s a shame Nicky Hayden crashed out early on as that makes it hard to compare my performance today but we had a good gap to Aoyama and I felt really good on the bike. The feeling was coming back so after the struggle at the beginning of the weekend I was really happy to feel a bit stronger. Things were much better in the race, with doing a long run it meant the brakes could get up to temperature and as the temperature rose as the race went on the brakes got so much better and that helped a lot!

There’s still a big speed difference but I’m not too fussed about that as I’m not looking to beat the other guys, I’m just looking to be the top production Honda as at the moment we don’t have the machinery to challenge the guys in front as we’re down on power. We need to see if Honda can bring something for us at one of the next few races but I’m not sure when that will happen. We’ll be going to Mugello with the same package we’ve had all season. 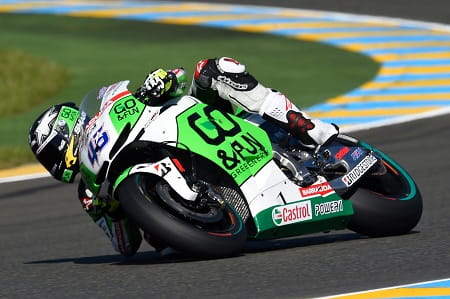 I’m hoping we’ll be able to find something in the corners at Mugello but I think it’s going to be difficult as there are long straights which we’ll lose a bit of time on but we will see how it goes. I’m looking forward to it, it’s a great circuit but it’s difficult when you don’t have the bike. The only thing we can aim for is to be top production Honda again. The circuit is demanding though, so we’ll have to see how Friday goes and try and get a bit closer at the beginning of the weekend to give ourselves a chance in the race.

It’s frustrating to see Espargaro (his big former Moto2 rival - ed) so far up the field, I don’t want to go racing to finish twelfth, that’s not what I’m here to do, I want to be able to fight at the top. Motivating yourself to go racing when you know you can’t win is quite difficult for someone like myself but the plan this year is to do the best we can, be top production Honda and then we’ll see for next season. People keep asking if we know what’s happening yet but I’m just taking it race by race at the moment. I’m not in any talks with Honda so we’ll have to see what comes later on in the season.

Thanks for all the support, speak soon!"

Want to congratulate Scott on his result?  or