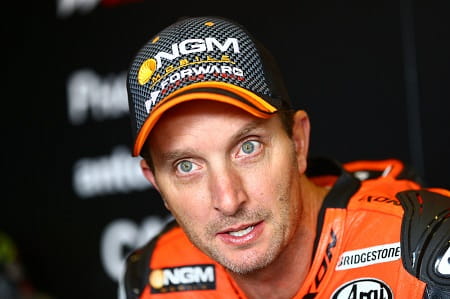 Colin Edwards will contest just three more MotoGP races before retiring at the end of this season, the American has told MotoGP.com.

Earlier this year it was announced this would be Edwards’ last season in MotoGP. Rumours soon spread about whether the Texan would retire mid-season, evidently struggling to get to grips with the Forward Yamaha. Edwards and team boss Giovanni Cuzari denied these rumours, stating he would continue until the end of the season but now, on the eve of Edwards’ final home Grand Prix he has confirmed he will participate in just three more races this season.

This weekend in Indianapolis will be the first of those races with Silverstone and Valencia to follow so Edwards can say goodbye to his huge UK fan base and then enjoy a final swansong at the season finale.

"We're still figuring it out” said Edwards. "I won't be in Brno, but for sure that I know of, [I’ll be at] Silverstone and Valencia, 100%. Other than that, we're just playing it by ear, we'll see what happens."

Edwards will be replaced by former Forward Moto2 rider, Alex De Angelis for the remainder of the season with Edwards joining the team on a third bike at Silverstone and Valencia.