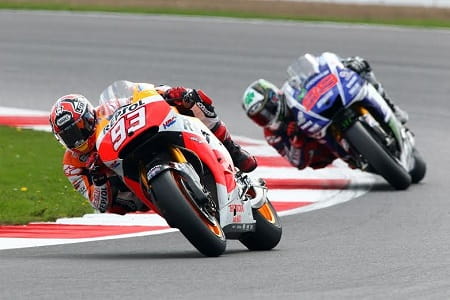 The tickets go on sale today and start at £75 for the weekend, the same price Silverstone charged for their early bird deals for 2014. Donington will charge a £15 fee for weekend parking on site, or £10 for parking off-site at a location within walking distance to the venue. Camping costs £45.

The event’s date is yet to be confirmed but Donington say it will definitely take place in either July or August of 2015. The British Grand Prix used to take place in June before being moved to the end of August in 2013 with the hope of improved weather.

Donington is hosting the 2015 MotoGP on behalf of the Circuit of Wales, which recently secured the rights to hold the British MotoGP for the next five, possibly ten, years but as of yet has no venue built.

Just 10,000 early bird tickets will be sold and they’ll only be on sale until the end of September at the following prices: