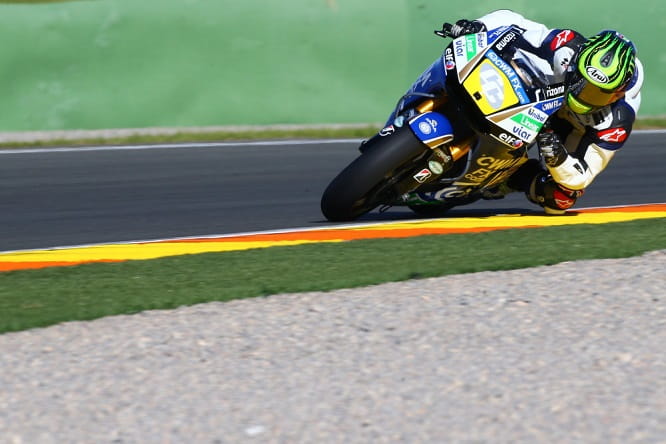 Britain’s Cal Crutchlow has said he is impressed with Honda’s RC213V after his first day on the bike in Valencia.

Crutchlow switches to the LCR Honda team for 2015 after a disastrous season with Ducati and having completed 53 laps of testing on Monday in Valencia, the 2009 World Supersport Champion seems in high spirits.

A time of 1’31.847, quicker than his fastest lap on the Ducati in Sunday’s race, placed him eighth on the timesheets after the first of three days testing in Valencia.

“It’s been enjoyable. Riding a Honda is something I’ve wanted to do for a while and I finally did it today” said Crutchlow. “It’s been hard work learning everything, the settings of the bike, the electronics, the engine and how it works. It’s completely different to what I’ve been used to at the other two manufacturers. The team works in a great way; we took small steps and didn’t do anything massive today.

“We improved a lot, I did my best lap with a 27 lap old tyre and the funny thing was I didn’t benefit from a new one! We have to work on some things, I need to learn the best way to ride the bike but I was impressed for sure. 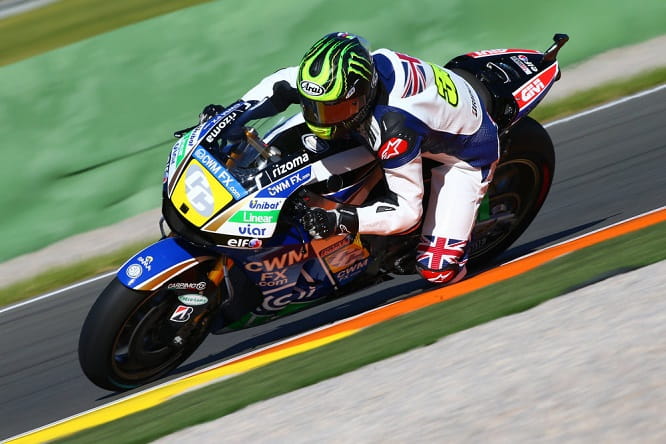 “The bike turns very well, there’s no doubt about that. You can brake deep into a corner and still make it. It’s really impressive. There are areas we need to work on though, you need to look for rear grip a lot more than I’m used to. The engine is strong and the electronics are working well.

“You can move a lot on the bike and be hard with it. It’s quite an aggressive bike and it likes to be ridden aggressively, if you look at how Marc rides he rides it like an animal and that’s good for my style. You have a lot of feeling with the bike in your hand, the connection is really good and you can really understand it just through your right hand.”

It’s not just a new bike for the Brit next season. Team boss Lucio Cechinello opted not to change any of the LCR crew ahead of Crutchlow’s arrival meaning he’d be splitting with long-time crew chief Daniele Romagnoli.

“It’s a really strange feeling to have changed crew chief,” Crutchlow explained. “I was with Daniele for four years so to change is something different. Understanding a new crew chief works is something new. I could swear at Dani and he would understand what I meant! We’re working in a good way though, they’re asking the right questions and some I can’t answer but I know this is a good team and they know what they are doing so there’s no problem. It’s just strange not having Daniele in the corner.”