Texas Tornado blows away at the end of the season 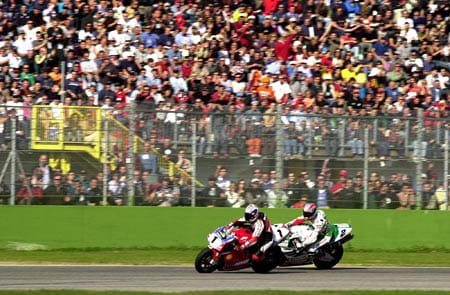 We’ve enjoyed watching racing veteran Colin Edwards over the years, and were genuinely surprised when he announced in the pre-event press conference of the Texas GP that 2014 will be his last year in MotoGP. The ‘Texas Tornado’, who turned 40 earlier this year, is hanging up his leathers at the end of the season after an impressive 22 years in professional racing.

Speaking at the press conference yesterday, Edwards said: "It's over a month that I'm thinking at this idea. I had a tough time this winter as I realised that these bikes of new generation need a different riding style. I tried to adapt my style and I'm still doing it, but it's difficult after a life spent on a bike, riding in a certain way.

“I spoke with my wife and it is simply the moment to make a change in my life, to spend more time with the kids. I still don't know what I'm going to do, racing has been all my life so far. Meanwhile I want to enjoy this season. I will continue to develop the bike and support Aleix, my team-mate, with my experience. I'd like to thank everyone."

To commemorate his two decades on track, we’ve been rifling through our archives for some of Edwards’ most iconic moments – anyone remember that ‘movie’ he did for Yamaha with James Toseland and Valentino Rossi in 2009?!

But, we decided that the 2002 World Superbike Championship was his most momentous – the title showdown with Troy Bayliss at Imola – tipped to be one of the most impressive comebacks in the history of two-wheel racing.

Our pick of the Texas Tornado’s best racing moments

The season began with Bayliss dominating the first six races and leading the field. But from the second race at Laguna Seca, Edwards took the helm, winning all nine remaining races and clinching the title.

For 24 laps, Edwards led the 2006 Dutch TT before Hayden passed him on the penultimate lap. After reeling him back in on the last lap, Edwards made a mistake which resulted in him running across the AstroTurf and being thrown off the Camel Yamaha M1. He remounted to finish 13th. 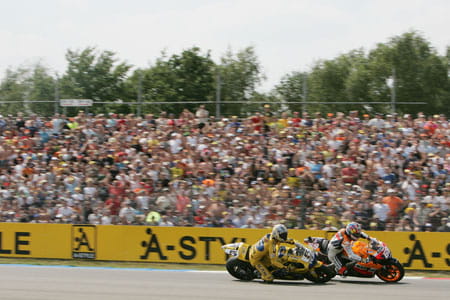 This was his first international victory. Edwards went on to win the endurance event twice more – in 2001 and 2002.

What’s your most memorable Colin Edwards moment?  or !