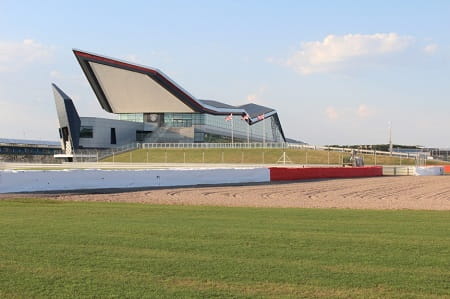 It’s a big year for the Brits in MotoGP, with no fewer than five Brits in the elite class and a further four scattered across the intermediate and lightweight categories. Last year we were treated to the sounds of ‘God Save the Queen’ from the podium as Bennetts-backed Scott Redding bagged his second British Grand Prix victory. Unfortunately it doesn’t look like we’ll be getting a British winner this time out, although you never know with Danny Kent’s recently found form in Moto3 and Sam Lowes has already led a Moto2 race this year.

Jeremy McWilliams will make a return to Grand Prix racing with the Bennetts Brough Superior project in Moto2, with the forecast for rain the former Grand Prix winner will be hoping for a repeat of former wet weather success. 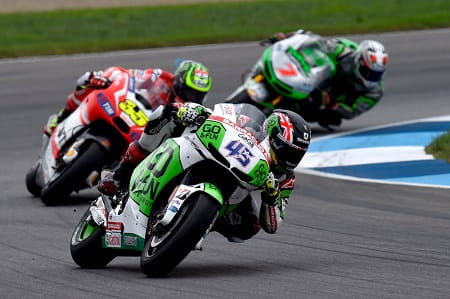 Cal Crutchlow has had a chequered past with the British Grand Prix including sustaining a couple of injuries at the Northamptonshire venue. Having finished in the top ten just four times this season aboard the troubled Ducati Desmosedici, it could well be one to forget.

Scott Redding won’t be standing on the top step of the podium this time round but after some of his strongest races aboard the production RCV1000R, he could put in a strong performance in front of the home crowd. Also RCV1000R mounted is Leon Camier, who has turned a few heads since making his MotoGP debut at Indianapolis. Silverstone is one of Leon’s favourite circuits, a venue he went well at in World Superbikes, could he close in on Scott this weekend?

At the front in MotoGP, Marc Marquez’ winning streak was brought to an end last time out in Brno. After being beaten by Jorge Lorenzo on the last lap at Silverstone in 2013, the World Champion will be even more eager to return to the top this weekend. Knowing he’s strong at Silverstone, Lorenzo will be giving it his all to take his first win of the season and as we saw in Brno, ruling Dani Pedrosa out is a bad idea.

Further British representation includes John McPhee in the Moto3 class who will be looking for his best result of the season while Gino Rea over in Moto2 will be looking to score his first points of 2014.

The annual Day of Champions gets underway on Thursday, with MotoGP riders auctioning some top memorabilia to raise money for Riders for Health. Don’t let the weather forecast put you off, head on down to Silverstone!