2015 MotoGP testing set to get underway in Valencia 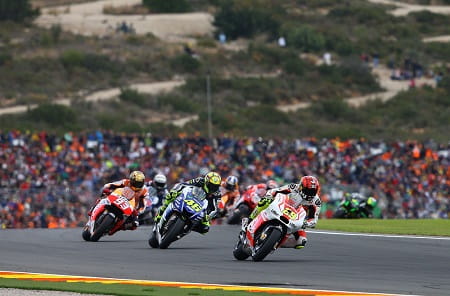 Less than 24 hours after the 2014 MotoGP season drew to a close, preparation for the 2015 Championship will get underway at the Ricardo Tormo circuit in Valencia tomorrow.

All major MotoGP teams will remain at the circuit for testing across Monday, Tuesday and Wednesday this week with riders getting a first taste of their machinery for 2015. With the weather forecast a little hit and miss, testing could be stop and go but it’s unlikely to rain for a solid three days.

Pit lane opens at 12:00 on Monday and one of the first riders waiting for the green light will be Bike Social-backed Scott Redding. This season the Briton has ridden the wheels off an uncompetitive production-spec Honda RCV1000R and has subsequently been rewarded with a factory ride. He’ll embark on the new adventure with his former Marc VDS team, with whom he so narrowly missed out on the Moto2 World Championship one year ago. 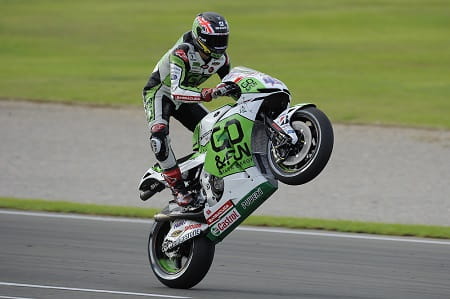 Honda will be getting plenty of attention across the test with a further three new riders joining their midst for 2015. The most high profile of these is Cal Crutchlow, who joins the LCR team after a disastrous year with Ducati. It’s unknown whether he will ride on the first day, but it’s thought he’s eager to get started. Will he be able to return to his former front running pace?

Perhaps the most dramatic of changes for 2015 is HRC’s acquisition of Moto3 runner-up Jack Miller. He’ll make the step up from the 50bhp lightweight KTM to a 230bhp Honda production racer in the LCR team. To ‘ease him in gently’, Miller will test Scott Redding’s RCV1000R this week rather than the upgraded, faster RC213V-RS.

The third new signing for Honda is former World Superbike runner-up Eugene Laverty, who will partner Nicky Hayden in the Aspar Drive M7 outfit. Like Miller, Laverty will test the RCV1000R this week to familiarise himself with a MotoGP bike. The latest-spec production racer ridden by Hiroshi Aoyama this weekend will be shared by Hayden and Karel Abraham.

After a somewhat troublesome return to MotoGP this weekend, Suzuki will field new signings Maverick Vinales and Aleix Espargaro for the three day test. Randy de Puniet suffered three major technical issues during the race weekend and retired from the race. 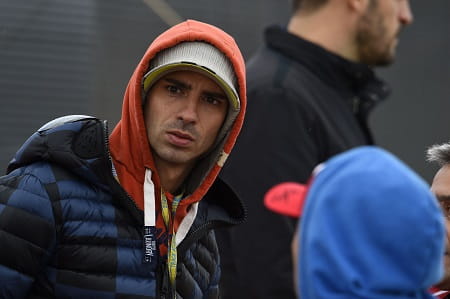 Marco Melandri will test the second Aprilia ART bike for Gresini alongside Alvaro Bautista despite there having been no official announcement of his ride with the team. The Italian is scheduled to test on Tuesday and Wednesday with Aprilia test rider Alex Hofmann on board for Monday.

21 year old Loris Baz will embark on the next stages of his career with the Forward Racing Team, joining German Stefan Bradl for his first run out on the Yamaha-powered Open bike.

Should Ducati run liveried machines, Andrea Iannone will be seen in the red of the Bologna factory for the first time although it’s thought he’ll continue to ride the GP14.2 he’s contested during the latter part of this season. The Ducati team will only be present on Monday.

World Champion Marc Marquez won’t make an appearance in testing until Tuesday, having asked his bosses for Monday off to recover from his brother’s Moto3 championship winning celebrations while both Movistar Yamaha riders are expected to be testing from the off.

BT Sport will be airing special testing programmes on Monday and Tuesday at the following times: