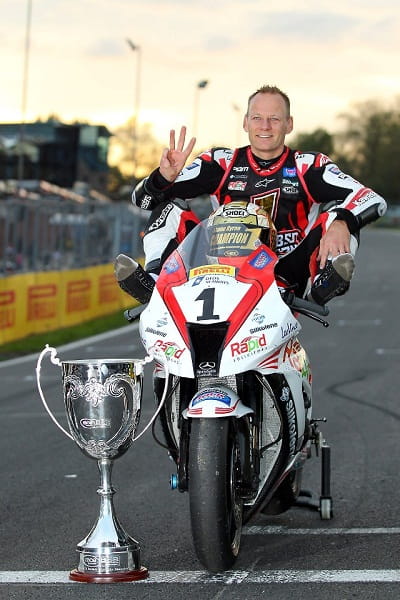 British Superbike champion Shane Byrne could be in line for the PBM MotoGP ride for 2013 according to our friends at Bikesport News.

PBM Motorsport team owner Paul Bird told Bikesportnews.com: "I had dinner with Shakey at the weekend and told him that whatever choice he makes he will have my full support. Of course I would love him to lead our MotoGP team but I fully understand if he wants the chance to retain the BSB championship - two more wins and, if my information is correct, he becomes the most successful rider ever.

"He is the outstanding rider in the series and whenever we have worked together it has been successful. We are getting a lot of encouragement from Dorna for MotoGP and our team will be just as competitive as any other CRT team, as it has been this year. James Ellison has done a good job but he will not be in the team.

"We wanted two British riders but we are being encouraged to consider a foreign rider - Jonny Hernandez is a possibility - with a Briton as number one. We hope it is Shakey but if not then Tommy Hill is a real possibility. He would be excellent."

Bird hinted that if he was to run a BSB team with Byrne then Keith Farmer would be number two. If Byrne opted for MotoGP the PBM participation in BSB was uncertain and it appears there will be no place for Stuart Easton.