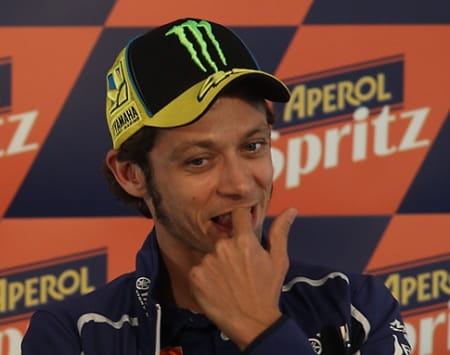 It has been announced that Valentino Rossi will contribute to a Moto3 project in 2014 with the aim of propelling the careers of young Italian riders on international circuits.

A deal which has been reached between Sky Italia and the Rossi owned company, VR46 will seewthe team run KTM machinery with Sky as the principal sponsor. Young, Italian hotshot Romano Fenati is set to ride for the outfit and rumours place Rossi’s half-brother, Luca Marini as the second rider.

Fenati, who impressed in 2012 with a second place in his first ever race in Qatar followed up by a win in the second race of the season. However, the young Italian has failed to make much of an impression on the championship since, struggling on the FTR-Honda against the rapid KTMs.

Marini, the younger brother of the nine-time World Champion made his Moto3 debut last time out in Misano. He qualified 29th although failed to finish the race.

Earlier this year, it was announced that Sky Italia had acquired television rights to the FIM MotoGP World Championship starting next year.