MotoGP heads to the 'Cathedral of Speed' 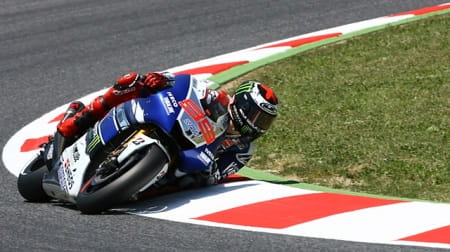 The MotoGP championship rides into Assen this weekend for the seventh round of the series. Having held a motorcycle Grand Prix every year since the championship's inception in 1949, the 'Cathedral of Speed' is a favourite for riders and fans alike and with the MotoGP championship as close as it is, many are expecting the circuit to be host to one of the spectacular races it's famous for.

Dani Pedrosa starts the weekend at the top of the championship standings after finishing on the podium in every race so far but one, with his worst result being fourth at the season opener in Qatar. He'll be looking to take his third win of the season at a circuit he's never won at in the premier class. In fact, in recent history, Honda's success at Assen has been limited taking only three victories at the Dutch TT in the last ten years compared to Yamaha's six.

With Jorge Lorenzo taking the win at the last two rounds, the Spaniard is perhaps favourite ahead of the weekend's action kicking off on Thursday morning. In the last two visits to Assen, Lorenzo has been taken out by other riders on the first lap; in 2011 he was punted off track by Marco Simoncelli and taken out in the first corner by Alvaro Bautista in 2012. The reigning world champion will be keen to avoid a hat-trick of bad luck at Assen after a seventh place finish in Le Mans leaves him trailing Pedrosa by seven points despite having won more races.

Young gun Marc Marquez will be looking to maintain his run of podiums, having finished on the podium in every race this year with the exception of Mugello where he fell from second place. The current Moto2 World Champion has taken victory every time he's raced at Assen since 2010.

Britain's Cal Crutchlow will be looking to spoil the party as he attempts to make up lost ground after falling in Catalunya two weeks ago while five times winner at Assen, Valentino Rossi will also be keen to return to the podium after only managing one trip to the rostrum so far this year in Qatar.

In Moto2, Scott Redding looks to build on his championship lead at the circuit he took his second ever Moto2 podium while winner last time out, Pol Espargaro looks to establish some consistent form after a mixed start to the season. Having both finished on the podium every time out so far, Luis Salom and Maverick Vinales are separated by just five points in the Moto3 championship and look set to continue their battle at Assen with Alex Rins in third keen to make up his points deficit.