MotoGP calendar shake up for 2014? 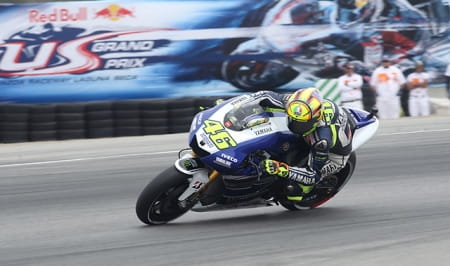 One of the biggest rumours circulating the Indianapolis Grand Prix this weekend was whether the iconic American circuit would continue to host a round of the championship after this year. The introduction of a Texan round meant we saw MotoGP visit the United States three times in 2013; however it has long been suggested that this would be one round too many heading into the future. Speculation before this weekend’s Grand Prix suggested Indianapolis would be the circuit to be dropped for 2014, with many riders complaining about the poor quality asphalt.

However, it was announced on Saturday evening that MotoGP will return to the home of the famous Indy 500 race in 2014 after a new deal was reached between circuit organisers and DORNA, reportedly including an agreement to resurface the track and modify certain corners, including turn four. This decision places doubt on the future of the much-loved Laguna Seca round. With Austin and now Indianapolis signed up until 2016 it could well be the Californian round to get the chop should Dorna not wish to have three rounds in the States. Laguna, however, are adamant the 2014 round will go ahead.

With the addition of two new circuits for 2014, it is likely at least one circuit could be dropped from the existing calendar. With three races in the United States and four races in Spain, if circuits were to be dropped it’s likely to be from these. There have been rumours of Valencia getting the chop for quite some time, so if there was to be a “favourite” in line to be dropped, the current venue of the season finale could well be it.