Misano next up for MotoGP 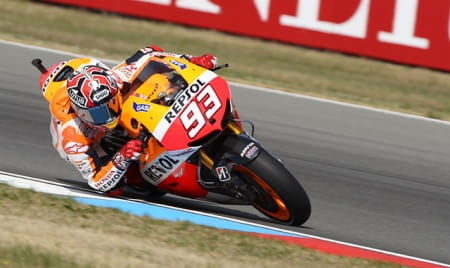 The MotoGP World Championship heads to the Misano Marco Simoncelli World Circuit this weekend for the thirteenth round of the championship and after an epic race last time out at Silverstone, fans are expecting the chase for the championship to heat up as we head into the final part of the season.

After missing out on the race win to Jorge Lorenzo at the last corner in Britain, Marc Marquez will be looking to return to the top in San Marino. He’s won there three times in the past, twice in Moto2 and once in the 125cc class, not that not having won at a circuit has stopped him in GP this far.

Jorge Lorenzo has won the MotoGP race at Misano twice in the last two years and will be keen to capitalise on a track he has good history with before heading to Honda strongholds such as Aragon, Australia and Japan.

Also twice a victor at the San Marino circuit, Valentino Rossi will be keen to make an impression at his second home race just several miles from his Tavullia home. Rossi famously took second place in last years race in what is described as his best performance on Ducati’s Desmosedici and the 9-time World Champion’s only dry podium in his troubled two years with the Italian manufacturer.

After finishing third at Silverstone, Dani Pedrosa showed nothing but disappointment at failing to finish ahead of an injured Marquez and Yamaha’s Lorenzo. Pedrosa won the race in 2010 at Misano and finished second a year later. Last year, however, after stalling on the grid, Pedrosa was taken out by Karel Abraham on the first lap of the race. Pedrosa hasn’t won since the fourth round of the championship in France and will be keen to make up for this.

Britain’s Cal Crutchlow will be looking to improve upon his 10th place finish at the circuit from 2011, the Coventry-man fell failed to finish the race last year.

After a sensational victory last time out Scott Redding will be looking to defend his thirty-two point championship lead in Moto2. Strong results at Misano and Aragon could mean Redding could tie up his championship during the three flyaway rounds. In the last three rounds, all three riders at the top of Moto3 have had their unbroken run of podiums shattered, things are starting to look juicy with the recent form from the younger Marquez brother. However, with Salom’s lead now at twenty-seven points, he’ll definitely be leading the fight ahead of Aragon in two weeks time.