Hernandez to Pramac Ducati as Spies out for remainder of season 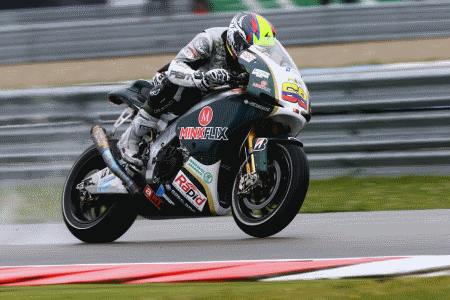 After a season plagued by injury, Pramac Ducati’s Ben Spies is reportedly to sit out the rest of the 2013 MotoGP season in order to return to full fitness ahead of 2014. The Texan hasn’t participated in a single race this season in which he’s been 100% fit.

At the first two rounds of the year, Spies was sporting a shoulder injury for which he then took time out to try and rehabilitate. After an aborted an attempted return at Mugello Spies would eventually return to the series at Indianapolis, a track which has served the Texan well in the past. However the American dream didn’t last long, the Texan fell heavily in a practice high side on the Saturday morning at Indianapolis ruling himself out of participation.

It was largely expected Spies would not return to the series for the remainder of the season and with Colombian rider Yonny Hernandez joining the outfit for Aragon and allegedly the rest of the reason this would appear to be true. Further rumours suggest the PBM rider will continue to ride the Desmosedici for the rest of the season.

Hernandez has endured a difficult season with the Paul Bird outfit to date suffering five DNFs and just three points scoring finishes. He is, however, ahead of team-mate Michael Laverty in the standings. With five rounds remaining, it is expected Bird will have to replace the Colombian to complete his two man team.

It is currently unknown if Spies will return to fulfil the second year of his contract in 2014.