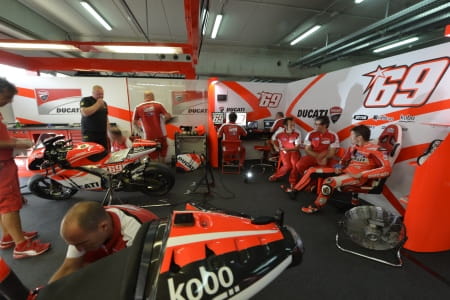 Dall’Igna moves from his position at the helm of Aprilia after successfully developing the RSV4 World Superbike and ART MotoGP machine, taking two World Superbike championships since 2009 and dominating the CRT category in MotoGP since its 2012 introduction.

Ducati underwent a major restructure last year following Audi’s acquisition of Ducati, with Bernhard Gobmeier replacing Italian Felippo Preziosi. After a disastrous season for Corse in both MotoGP and World Superbike, with no improvement seen in the Grand Prix category while the new 1199 Panigale has taken just one podium so far this year in Superbike, could Gigi Dall’Igna be Ducati’s saviour?

Britain’s best hope in MotoGP since Barry Sheene, Cal Crutchlow, signed a deal earlier this year that will see him move to Ducati on a two year deal starting in 2014. Many have feared what this could mean for the Coventry-born Brit after the performances of Valentino Rossi and then Andrea Dovizioso on the Desmosedici were far from satisfactory.

Bringing in a talented engineer with a wealth of experience in motorcycle racing has to be a positive for Ducati. Dall’Igna can bring ideas from outside the Ducati bubble and let’s face it; he’s already played a major part in the development of the ART MotoGP machine which despite being of lower spec has beaten Ducati’s Desmosedici on several occasions over the past two years.

It won’t be an easy job though, Ducati have failed to make anything but tiny progress in three years. For Dall’Igna to develop a competitive motorcycle to turn up to Qatar with next March will be an almost impossible task given he’ll take on the role just five months prior to the opening round.

This move certainly shows one thing, however, Ducati aren’t giving up.