BT Sport will begin its MotoGP television coverage at the official test at Valencia on Monday and Tuesday.

This weekend’s final round of the 2013 MotoGP, Moto2 and Moto3 Championships also sees Eurosport and BBC’s television coverage deal come to an end and since the announcement was made back in May detailing BT Sport’s exclusive 5-year license from Dorna to air the three championships live to the UK, there has been unrest amongst those who do not have access to the channel. 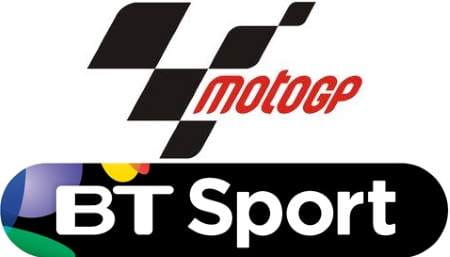 The BT Sport 2 channel will be broadcasting at the following times:

Cal Crutchlow’s first outing on the Ducati, Scott Redding’s debut on the Honda RCV1000R and Pol Espargaro’s taste of the Yamaha Tech3 bike vacated by Crutchlow will be amongst the most eagerly anticipated outings.  And it is Crutchlow, Redding and Bradley Smith, who will stay with the Tech3 team for 2014, who have all been signed up to be BT Sport ambassadors.

Bike Social understands that the race day coverage will include pre-race build up and post-race analysis in a studio in front of a live audience.  Speculation around the presenter and commentator line-up is rife with Keith Heuwen and Julian Ryder expected to be on the microphones supported by a couple of roving reporters likely to be former British racing stars. Even though Neil Hodgson was amongst those present at the launch event in August, the 2003 World Superbike Champion told Bike Social that he has yet to be offered a contract.

Simon Green, Head of BT Sport, said: “We believe that we can really develop the coverage of MotoGP over the next five years and help the sport to win new fans.  We want to bring the viewers closer to the action and closer to the teams.  Our aim is to offer even more insight into what goes on behind the scenes and our live coverage of testing is the first step in offering extra content and the very best comprehensive coverage of this thrilling sport.”

Love it or hate it, the ink on the broadcast contract is dry and BT Sport are clearly pumping a healthy amount of money into the presentation of the world’s premium motorcycle racing championships, not only via the screen but also digitally, providing what we are assured to be some top-quality  coverage…well, for the fans who have access anyway.